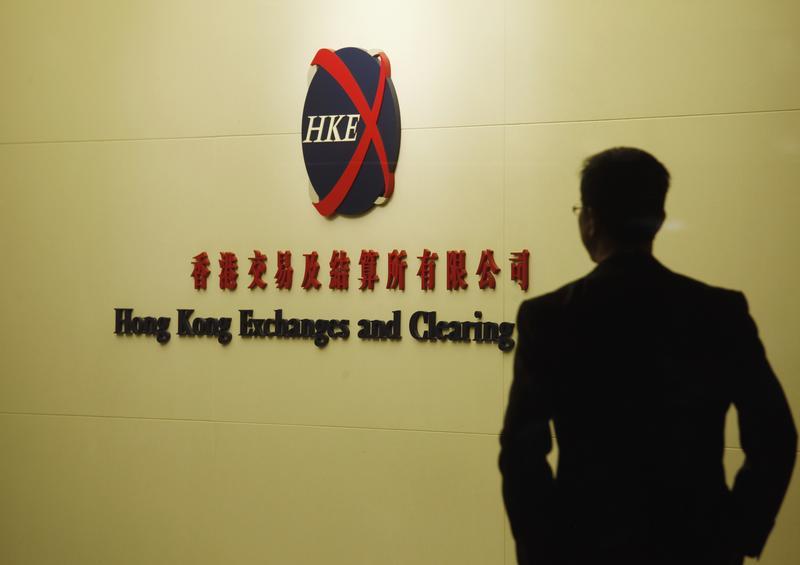 Chinese pork producer WH Group may offer new shares in both Hong Kong dollars and yuan. The move would help Hong Kong’s drive to be the Chinese currency’s leading offshore hub, and win political favour in Beijing. But the structure holds little appeal for serious investors.

A man walks past the entrance to the Hong Kong Stock Exchange January 12, 2012.

Chinese pork producer WH Group, formerly called Shuanghui International, is mulling a dual currency structure for its upcoming initial public offering, according to a person familiar with the situation.

Such a listing would be Hong Kong’s first IPO denominated in both Hong Kong dollars and yuan since the stock exchange introduced the model in 2011.

WH Group is studying all options and hasn’t made a final decision on the matter, the source added. The pork producer is expected to raise up to $6 billion to help repay debt from its acquisition of U.S. rival Smithfield last year.

Under a dual currency IPO, a company would issue two tranches of shares in the two currencies.  The shares would both trade on the Hong Kong Stock Exchange, have equal voting rights, and be fully convertible between currencies.

Deposits of yuan in Hong Kong have risen from 370 billion yuan in January 2011 to 827 billion yuan at the end of November 2013, according to the Hong Kong Monetary Authority.

In October 2012, Hopewell Highway Infrastructure raised $62 million through a yuan-denominated follow-on issue. The move added a new tranche of units alongside the trust’s existing Hong Kong dollar ones. Hopewell is the only company on the exchange that trades in both currencies.