Bailing close to the wind 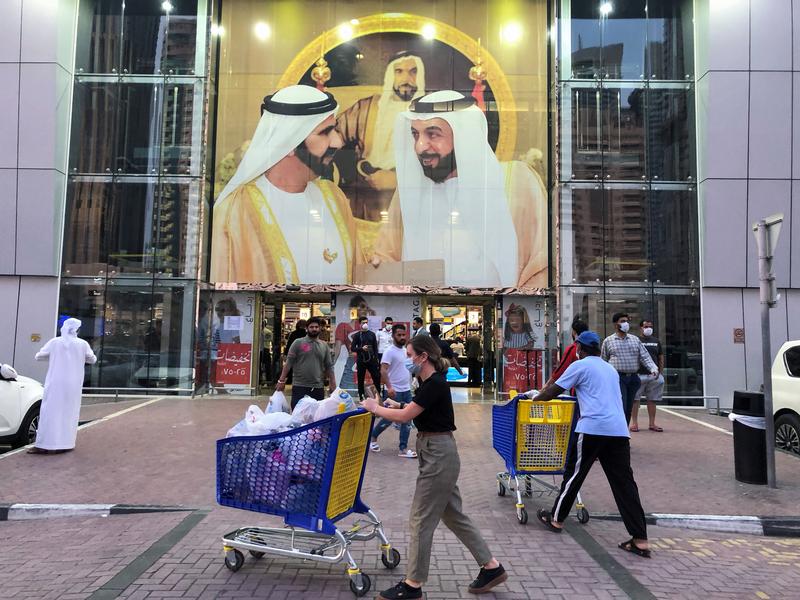 Dubai could be headed for bailout Groundhog Day. In 2009, the emirate received a $20 billion lifeline from the United Arab Emirates’ central bank and its richer UAE neighbour, Abu Dhabi. Given the mess Covid-19 could make of Dubai’s open economy, a repeat is far from impossible.

Dubai’s $135 billion total debt exceeds its gross domestic product, with over half owed by so-called Government Related Enterprises that were a key headache last time round. With $43 billion of the latter’s borrowings coming due by 2024, a budget deficit, an oversupplied property market and anti-virus measures that Capital Economics reckons could knock 6% off GDP, the risk is foreign investors get nervous. The cost of insuring Dubai’s debt against default has tripled to over 300 basis points since February.

Yet Dubai ruler Sheikh Mohammed bin Rashid al-Maktoum deserves some slack. His domain’s relatively open credentials make it more vulnerable to the coronavirus than regional peers. A third of the economy depends on industries like retail and tourism, and the vast majority of workers are expats or migrants. Dubai property prices have been sliding since 2014. The authorities had pinned their hopes – and a 17% jump in public spending in 2020 – on the World Expo scheduled for later this year. It has now been postponed.

Crown Prince Mohammed bin Zayed al-Nahyan (MBZ), Abu Dhabi’s de facto leader, can afford a bailout. The emirate’s foreign exchange reserves and wealth fund have assets of over $1 trillion, and its current account balances with oil at around $30 a barrel. That means Abu Dhabi can both protect the UAE’s exchange rate, which is pegged to the U.S. dollar, and help struggling neighbours. The question is what MBZ asks for in return.

Following the 2009 bailout Dubai renamed the world’s tallest building, the Burj Khalifa, after Abu Dhabi’s ruler. A similar tribute this time might theoretically see Emirates, Dubai’s profitable airline, handed over to Abu Dhabi, or the Expo rebranded as a pan-UAE event.

Yet Dubai can hardly be blamed for Covid-19 economic fallout. It can also argue that hostility to Iran and the 2017 blockade of Qatar – both initiatives backed by MBZ – have caused economic weakness. A better display of UAE unity might be a bailout with fewer strings attached.

People are seen in front of supermarket, following the outbreak of the coronavirus disease (COVID-19), in Dubai, United Arab Emirates, March 26, 2020.