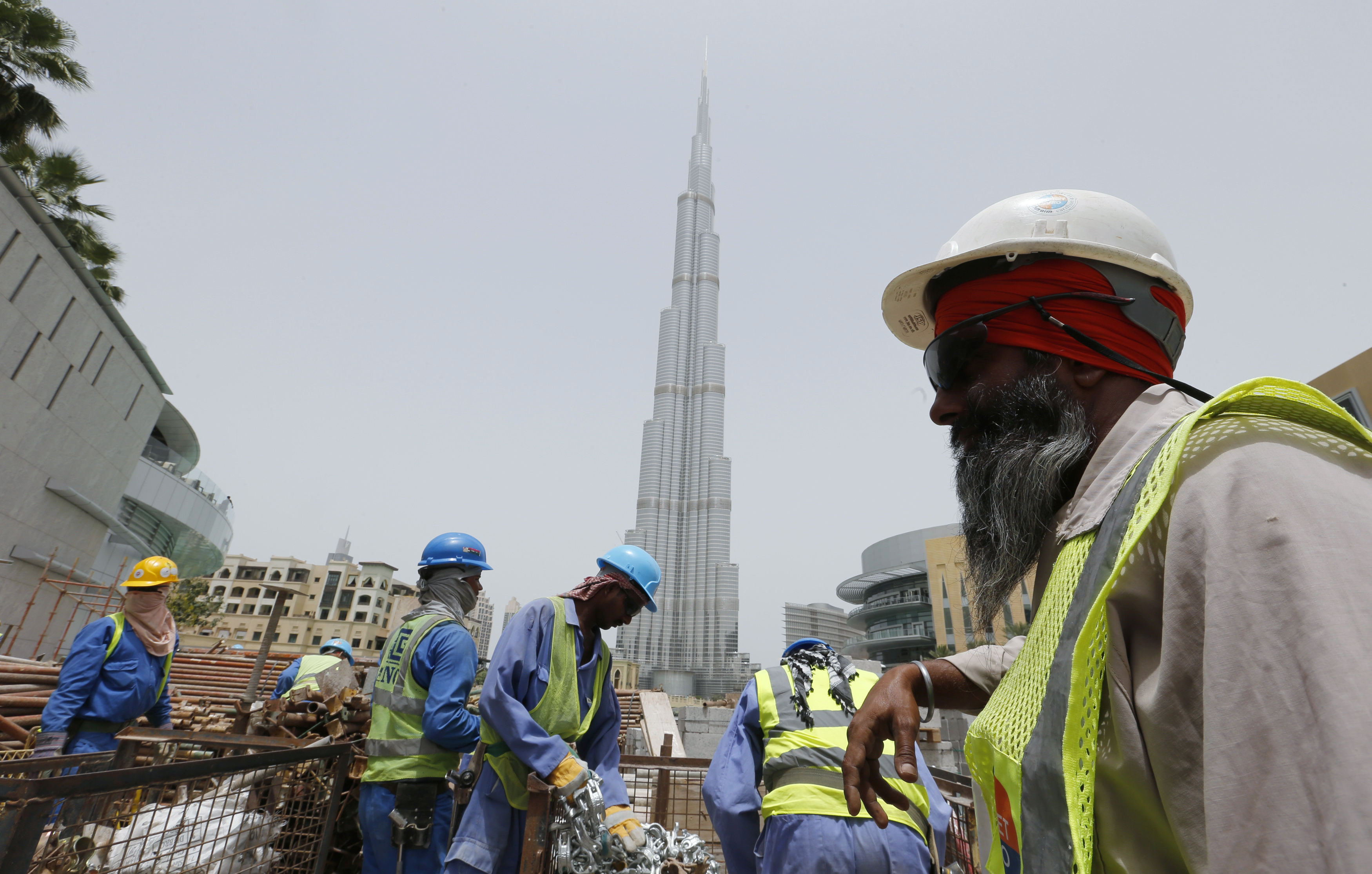 The solution to Dubai’s economic challenges might be right under its nose. The tiny emirate, the most diversified sheikhdom in the Gulf, has been affected like most of the region by low prices for the oil exported mainly by its neighbours. One way to offset that impact might be to address an imbalanced workforce that is too reliant on expatriates. They make up 22 out of every 23 active workers, according to calculations based on official data. Dubai could even do worse than turn some of its skilled foreign workers into actual citizens.

About half of Dubai’s $143 billion pile of debt has to be repaid by the end of the decade, according to the International Monetary Fund. That is almost double the United Arab Emirates’ forecast revenue from exporting oil this year. One of seven semi-autonomous sheikhdoms in the U.A.E., Dubai has endured the 53 percent fall in oil prices over the past two years relatively unscathed, but some belt tightening is inevitable. The Financial Times reported on Sept. 12 that Istithmar World – a government investment company – has made most of its staff redundant to save money.

Yet Dubai needs more people working, not fewer. The emirate depends almost entirely on foreign expatriates to make its service-driven economy function. Emiratis account for just one in every 23 active workers over the age of 15 – and 55 percent of those are government bureaucrats, or soldiers, according to official employment survey data for 2015 analysed by Breakingviews.

Getting citizens to work in a process called “emiratisation” has proved difficult. More than half of the estimated total Emirati population of 159,000 who are over 15 years old were considered economically inactive last year, despite only 2,154 being classed as unemployed. Some may not want to work, while others may not have to because of private wealth, or generous government handouts such as free housing and energy subsidies.

Were Dubai to offer citizenship to skilled foreigners, thereby increasing their prospects of upward career mobility, skilled employees would lay down roots. They might consume and invest more. The labour market would become more competitive. Current citizens might not like the idea, but without a more vibrant local economy, the lifestyles they take for granted may be harder to sustain.

Dubai's government has fired employees at one of its state investment funds as it seeks to cut costs in the emirate, according to a report by the Financial Times.

Over 15 staff at Istithmar World - a fund tasked with selling assets belonging to Dubai World - were handed their notices, the paper reported on Sept. 12, citing people familiar with the matter. The redundancies come amid a downturn in neighboring Gulf economies, which are adjusting to a prolonged period of lower oil prices. With little oil of its own, Dubai has crafted out a role as a diversified service hub for the region.

Despite pressures to cut back, Dubai has continued to unveil billions of dollars worth of new investment into real estate this year. Dubai Holding said on Sept. 4 it plans to redevelop a new district of the coastal city at a cost of $20 billion.