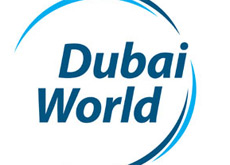 Sovereign and related debt have remained largely unchanged in the two years since the Dubai World crisis. Even so, the emirate hasn’t come close to exhausting its funding options. Today, Dubai holds more cards. But lenders shouldn’t bet haircuts are indefinitely off the table.

Dubai’s government said on Dec. 7 that it has no plans to restructure debt held by state-linked companies, although it is ready to support them through “various” refinancing options.
The Financial Times reported on Dec. 6 that Dubai had raised the prospect of restructuring some bonds.
“There is no truth to reports being circulated about an intention to ’restructure’ certain debts owed by the Dubai government companies in 2012”, the Dubai government said in a statement.
The government may look into refinancing part of the debts due by state-owned companies if necessary, but the statement did not specify how such refinancing would be implemented.
A chunk of $3.8 billion in bonds is due next year from three state-linked firms: Dubai Holding Commercial Operations Group (DHCOG), DIFC Investments (DIFCI) and Jebel Ali Free Zone (JAFZA).