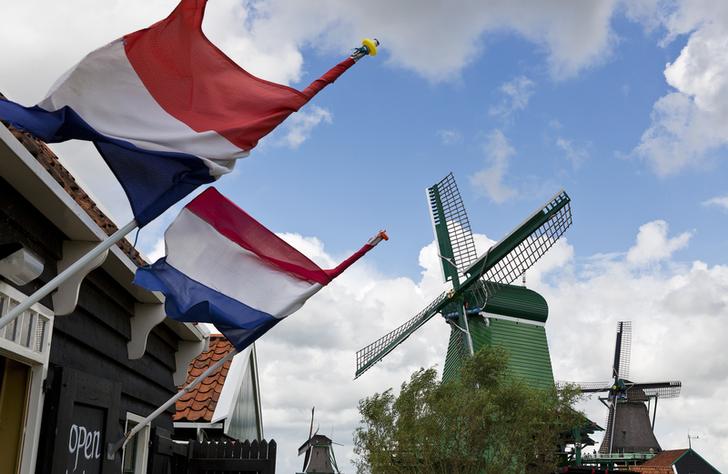 Triple-A rated Netherlands is starting to stand out, in a bad way. The 0.2 pct GDP fall in the second quarter provided an unhealthy reminder of the slow recovery from a housing boom and bust. The country is fundamentally sound, but there’s more pain to come.

The famous Dutch windmills of The Zaanse Schans in Zaandam are locked in a fixed position August 13, 2013.

Dutch gross domestic product contracted 0.2 percent in the second quarter of 2013 compared to the previous three months, following a first-quarter contraction of 0.4 percent, Statistics Netherlands said on Aug. 14.
Year-on-year GDP fell 1.8 percent in the second quarter after a 1.8 percent contraction in the first quarter.
The Netherlands Bureau for Economic Policy Analysis (CPB) said in its latest forecast on Aug. 14 that the economy is expected to grow 0.75 percent in 2014, against a forecast in June of 1.0 percent, while the budget deficit is seen at 3.9 percent of GDP next year, against an earlier forecast of 3.7 percent, and well above the European Union’s target of 3 percent.
It said Dutch gross domestic product will shrink 1.25 percent this year, compared to a previously forecast contraction of 1.0 percent, while the deficit is seen at 3.0 percent, down from an earlier 3.5 percent.