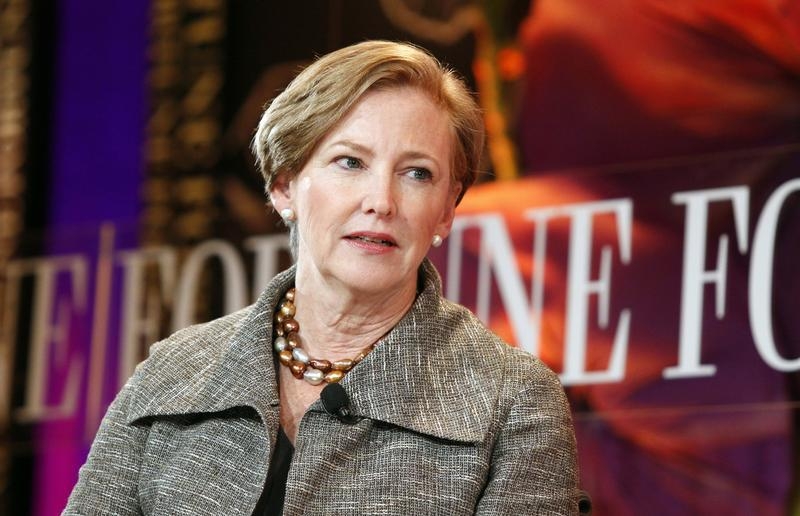 DuPont has succumbed to an activist investor in absentia. Ellen Kullman will retire as chairman and chief executive of the $45 billion chemical giant, just five months after fending off an attempt by Nelson Peltz to secure four board seats. A new profit warning and the appointment of an interim boss who is a restructuring guru suggest the transition at the top is an abrupt one – and that DuPont may have to give a breakup another hearing.

The company’s stock price has fallen by nearly a third since Kullman saw off the pushy Peltz. DuPont blamed weak agricultural markets and foreign currency fluctuations – both, namely, in Brazil – for the weaker earnings forecast. Shares of Chemours, a commodity chemical unit spun off by DuPont in July, also have performed miserably. Together, they may have accelerated Kullman’s departure. One of Peltz’s criticisms during his proxy battle was that DuPont routinely failed to hit financial targets.

Ed Breen, who presided over two breakups as Tyco International’s CEO before being added to DuPont’s board in February during the battle with Peltz, will serve as interim boss amid the search for a permanent replacement. Tapping a relative newcomer isn’t the only evidence that DuPont’s thinking may have changed. Executives said on Monday that the company would increase the pace of cost cuts, adding during a conference call that R&D budgets also may face the knife. DuPont’s research strength was a key component of Kullman’s argument against Peltz’s carve-up plan.

The idea could yet garner further consideration. Despite the weaker outlook included with the Kullman news, DuPont’s shares gained 6 percent in after-hours trading. Peltz had argued that separating DuPont’s agricultural and biosciences divisions from slower-growing materials could save between $2 billion and $4 billion of excess costs. The enlarged $1.6 billion savings target would still only get DuPont part of the way there.

Peltz may have failed to successfully storm the gates, but as of late June he still owned a stake that would be worth about $1.3 billion today. His presence, along with Breen’s, mean more radical financial chemistry can’t be ruled out at DuPont.

DuPont said on Oct. 5 that Chair and Chief Executive Ellen Kullman would retire on Oct. 16. The chemical company also reduced its profit outlook and said it would accelerate its cost-cutting plan.

Edward Breen, who joined the DuPont board in February and is the former CEO of Tyco International, will serve as interim chairman and CEO of DuPont.

DuPont said it now expects operating earnings per share for the year to be about $2.75, down from previous guidance of $3.10. The company pinned the revised outlook on the strengthening dollar, particularly against the Brazilian real, and weakening agricultural markets in Brazil.

In May, DuPont defeated an effort by activist investor Nelson Peltz’s Trian Fund to gain four seats on the company’s board. Peltz had been pushing for more aggressive cost cutting by breaking up DuPont.