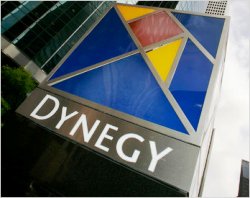 The power provider’s partial bankruptcy comes with a twist – creditors exposed to losses ahead of equity investors. Bondholders stand a good chance of turning the tables in court but may have avoided the drama with better protection. It’s a reminder of how much covenants matter.

US independent power producer Dynegy has raised pricing and revised tranching on its US$1.7bn refinancing deal, after failing to fill the book by the July 22 commitment deadline. However, two separate lawsuits filed against the company before the commitment deadline still threaten to derail the deal.

Dynegy Holdings, a subsidiary of energy producer Dynegy Inc, filed for Chapter 11 bankruptcy on Nov. 7 after reaching an agreement with some bondholders to refinance its unsecured debt in court.

As part of the agreement, the company would exchange existing debt for, among other things, $2.1 billion of convertible paid-in-kind notes due in 2015 that could eventually convert into a 97 percent common equity stake in Dynegy and $1 billion 11 percent bonds backed by assets in Coal Co. and Gas Co.

Dynegy Holdings bonds rose between 4 cents and 9 cents on the dollar in midmorning trade on Nov. 8.