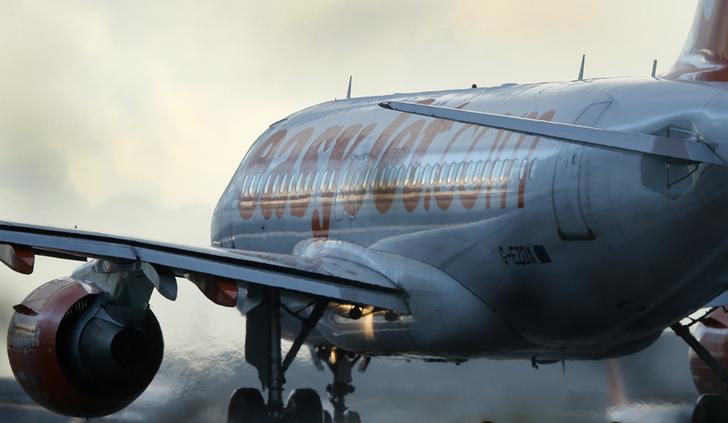 Europe’s second-largest no-frills carrier has set the tone in the sector in recent years. Better customer service on cheap flights propelled a 13 pct rise in earnings. A weak euro may hurt, but the strategy is solid. A 10 pct discount to Ryanair is hard to justify.

EasyJet, Europe’s second-largest low-cost airline, posted a 21.5 percent rise in pretax profit to 581 million pounds for the year ended Sept. 30, in line with an upgraded forecast it made in October.

EasyJet said it would lift its ordinary dividend per share by 35.5 percent to 45.4 pence, in line with its previously revised dividend policy of paying 40 percent of profit rather than a third to shareholders.

Shares in easyJet were down 0.6 percent at 1,535 pence in morning trading.