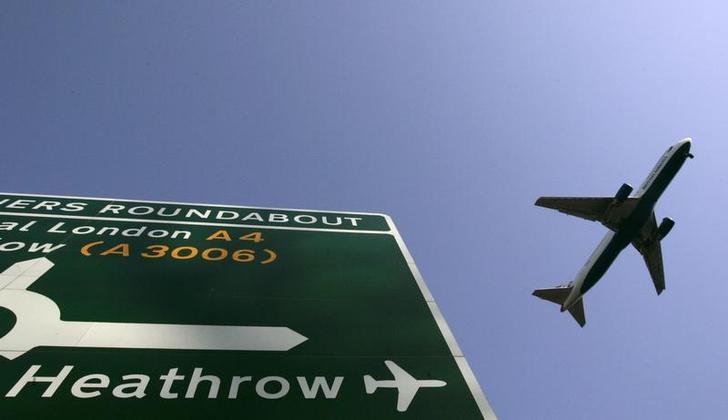 EasyJet’s shares are flying into ever thinner air. Over the last two years, the market value of Europe’s second-largest low-cost carrier has quadrupled on the back of a strong operational and financial performance. Decent first-quarter results indicate that the airline has not yet reached the limits of its business model. But the steep rise of its share price will end soon. The company’s fundamentals have yet to catch up to its sky-high valuation.

EasyJet’s first-quarter results may prove a turning point. They were a tad better than analysts expected. The stock nonetheless fell 2.8 percent. Barring further positive surprises, even the current valuation is hard to justify.

The airline’s organic growth is still healthy. It attracted 4.2 percent more passengers in its fuller planes. Costs seem to be under control. The fact that the airline expects first-half pretax losses to rise to 70-90 million pounds, from 61 million pounds a year earlier, is rather irrelevant. The comparison is distorted by an accounting technicality: Easter, a peak period, will fall in April rather than March and will be booked in the second half of the group’s financial year. This dents pretax profit in the first half by about 20 million pounds. EasyJet nonetheless expects revenue per seat to rise slightly over the first six months, which is remarkable in itself.

But shareholders have gotten ahead of themselves. EasyJet has become one of Europe’s most expensive airline stocks. Its forward price-earnings ratio of 15 puts it on a 25 percent premium relative to its peers, Starmine data shows. The company’s P/E ratio, which hinges on an expected 9.5 percent increase in net profit, is at par with Ryanair, but its Irish rival earns a higher profit margin and offers a more attractive dividend yield.

EasyJet is well positioned to cope with this increased competition. Its shareholders nonetheless should revise their high-flying expectations.

A British Airways passenger plane prepares to land at the new Terminal 5 at Heathrow Airport in London March 28, 2008. British Airways cancelled a fifth of its flights from its new 4.31 billion pound ($8.6 billion) terminal at London's Heathrow airport on Friday as chaos from its opening spilled into its second day.

Shares in easyJet dropped 2.8 percent on Jan. 23 after Europe’s second-largest low-cost carrier indicated it expected pretax losses of 70-90 million pounds in the first half of its current business year, up from 61 million pounds a year earlier. The comparison is affected by the fact that the busy Easter period, which generated additional revenue of 25 million pounds in 2013, will fall into April and hence the second half of easyJet’s business year.

Between October and December, the Luton-based airline carried 14.3 million passengers, 4.2 percent more than a year earlier. It sold 88.7 percent of all seats on its flights, an increase of 0.1 percentage point. Revenue per seat grew slightly faster than cost per seat excluding fuel.