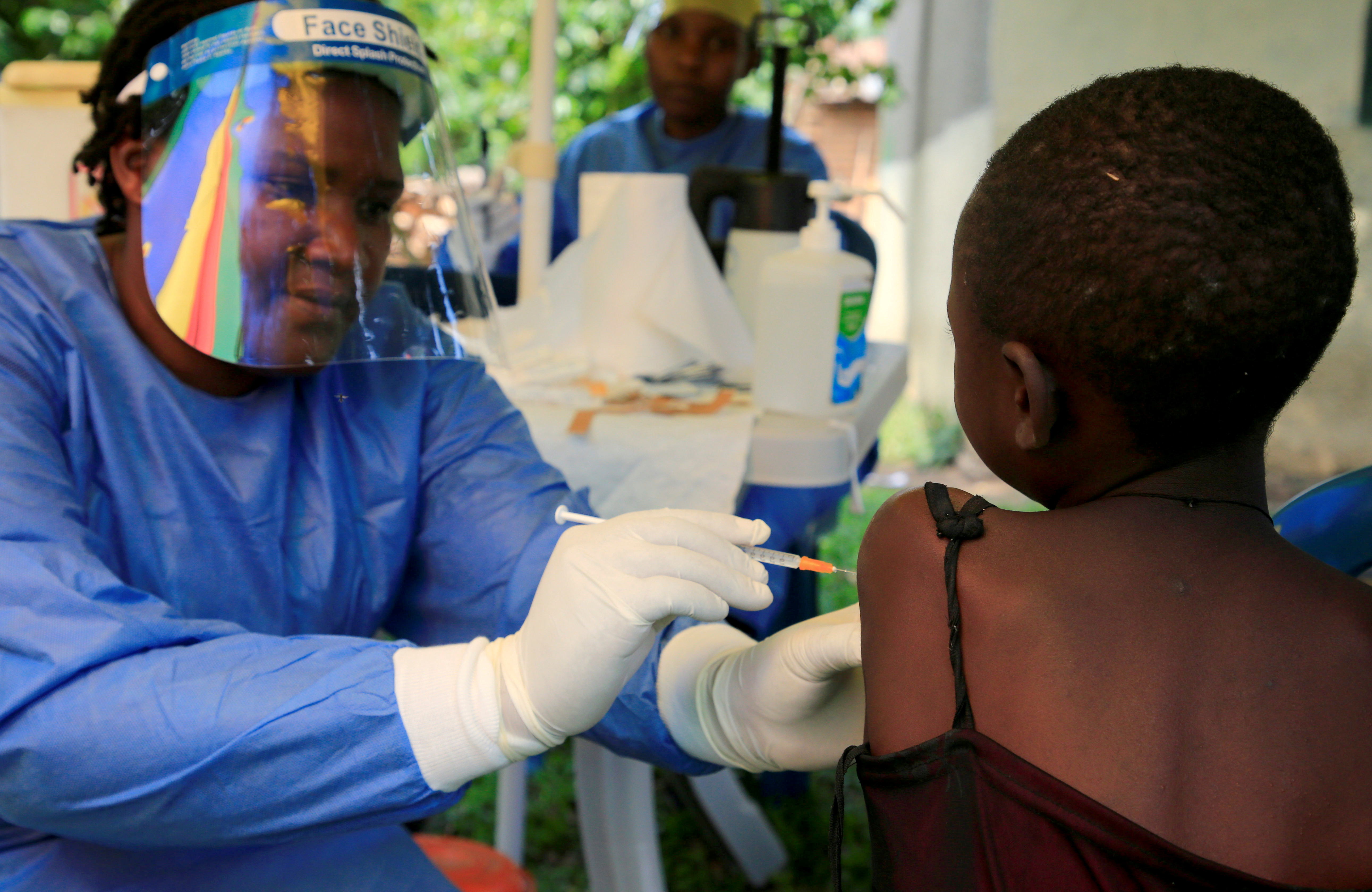 The World Bank-backed instruments are meant to use private capital to fight disease in poor countries. But their rather random structures create weird incentives for both issuer and buyer. As a way to tackle outbreaks, it’s not obvious they’re better than more direct charity.

A Ugandan health worker administers ebola vaccine to a child in Kirembo village, near the border with the Democratic Republic of Congo in Kasese district, Uganda June 16, 2019.

World Bank-backed insurance schemes to help poor countries tackle pandemics quickly have not paid out despite more than 1,800 people dying of Ebola in Democratic Republic of Congo over the last year, the second-worst outbreak on record, according to Reuters.

The three-year bonds were set up after the 2013-2016 West African Ebola outbreak that killed 11,300 people. They only pay out when the virus crosses an international border and claims at least 20 lives in each of the two countries.

So far, only two deaths have occurred outside Congo, in neighbouring Uganda. However, the disease has recently reached Goma, a city of 2 million people on the border with Rwanda.