What money can buy 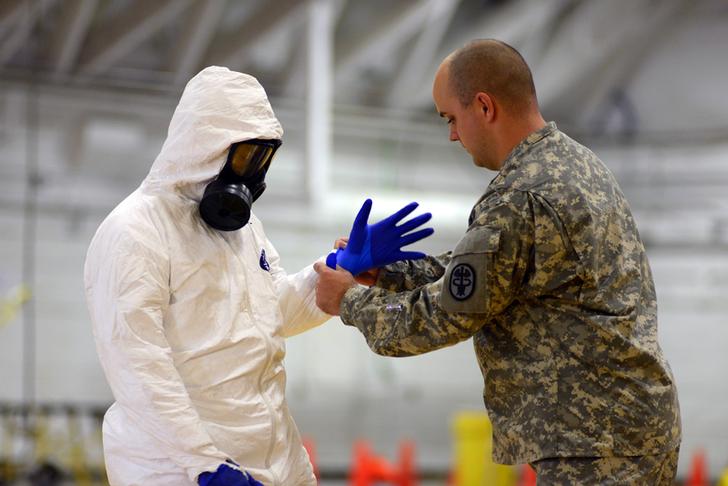 Ebola is still spreading, bringing death, fear and economic damage. The tragedy is testimony to a glaring weakness in the modern economy – the stubbornness of inequality. But globalisation could yet, belatedly, relieve the disaster.

The human cost of the crisis continues to mount. So far, there have been nearly 4,000 notified deaths, according to the World Health Organization. The World Bank on Oct. 7 provided some estimates for the economic impact of the current outbreak. On the most pessimistic scenario, the financial cost to West Africa could be $33 billion.

That would be a tragic economic loss to the region, especially for the three most affected countries, Sierra Leone, Guinea and Liberia. But the world could afford to help. The worst-case total is just 0.2 percent of U.S. GDP. To do significantly more economic damage, Ebola would have to sow panic or spread into richer parts of the world.

Fear is hard to predict. But in this case, wealth buys safety. Quarantines keep Ebola from spreading wildly. The techniques of isolating people who are at risk are well understood. All developed economies have the required organisational and economic resources. The direct cost of such measures will be small, even if no cure is found.

The cross-border difference in the damage done by such epidemics – the rich mostly escape while the poor are devastated – shows that global economic inequality cannot simply be measured in GDP. Ebola has to be added to the long list of diseases which predominantly strike people whom modern industrial prosperity has not yet reached.

Still, there is at least enough solidarity, and enough at stake for the rich world, for overdue help to reach countries at the centre of the outbreak. Wealthier countries have finally been prodded into significant action.

The delay is unconscionable, but both medical and technical aid to the stricken region is now increasing. Nigeria and Senegal have successfully contained the disease, even without much material help from outsiders. Hopefully, the World Bank’s worst-case scenario will not be realised.

James Knight of U.S. Army Medical Research Institute of Infectious Diseases (USAMRIID) trains U.S. Army soldiers from the 101st Airborne Division (Air Assault), who are earmarked for the fight against Ebola, before their deployment to West Africa, at Fort Campbell, Kentucky October 9, 2014.

The worst Ebola outbreak on record has killed 3,865 people, out of around 8,000 cases, by the end of Oct. 5, the World Health Organization said on Oct. 9.

African leaders called on other countries to provide more money and equipment to deal with the Ebola crisis in the worst-affected countries.

“Without you we can’t succeed, without your quick response a tragedy unforeseen in modern times will threaten the well-being and compromise the security of people everywhere,” he said.