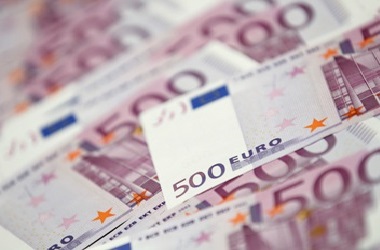 The European Central Bank has fired its bazooka. For emerging markets, it’s little more than a water pistol.

At 60 billion euros ($68 billion) a month, the ECB’s quantitative easing programme is not to be scoffed at. Add Mario Draghi’s bond-buying plan to the Bank of Japan’s ongoing splurge, and the two central banks are pumping out $1.5 trillion a year in cheap money. The U.S. Federal Reserve spent close to $4 trillion over six years.

A similar enhancement to worldwide QE would have been wondrous for emerging markets between 2010 and 2012. Back then, they were riding the wave of global cheap money. Some were more reckless than others. The likes of India, Indonesia, Brazil, Turkey and South Africa got into trouble when they were shown to be excessively reliant on foreign investment.

But now it’s different for everyone. The main reason emerging markets attracted cheap money was their superior growth. According to the International Monetary Fund, their aggregate rate of GDP expansion has slowed from 7.5 percent in 2010 to 4.4 percent last year. This year might be even more sluggish.

Global disinflation is another worry. Falling commodity prices are a challenge for the emerging markets that produce them. But even in oil-importing nations like China, cheaper crude and copper won’t be an unalloyed blessing. Servicing hefty corporate debt from stagnant cash flows could prove tricky. If the greenback keeps rising, U.S. dollar-denominated debt will become more expensive.

To be sure, it can’t hurt to have an extra $1.5 trillion a year sloshing around. Several emerging economies could use this unexpected extension of the global cheap money era to cut their own domestic interest rates. That’s something they would otherwise have been reluctant to do when the Fed is considering its first post-crisis rate hike.

Euro notes are pictured at a bank in this photo illustration taken in Seoul, June 18 2012. REUTERS/Lee Jae-Won

The European Central Bank on Jan. 22 said it would launch a government bond-buying programme which will pump hundreds of billions of euros into the sagging euro zone economy. The ECB said it would buy government bonds from March until the end of September 2016 and beyond if inflation wasn’t back on track to its 2 percent target.

Together with existing schemes to buy private debt and funnel hundreds of billions of euros in cheap loans to banks, the new quantitative easing programme will pump 60 billion euros a month into the economy, ECB President Mario Draghi said. By September next year, more than 1 trillion euros will have been created.