Last night of the Proms 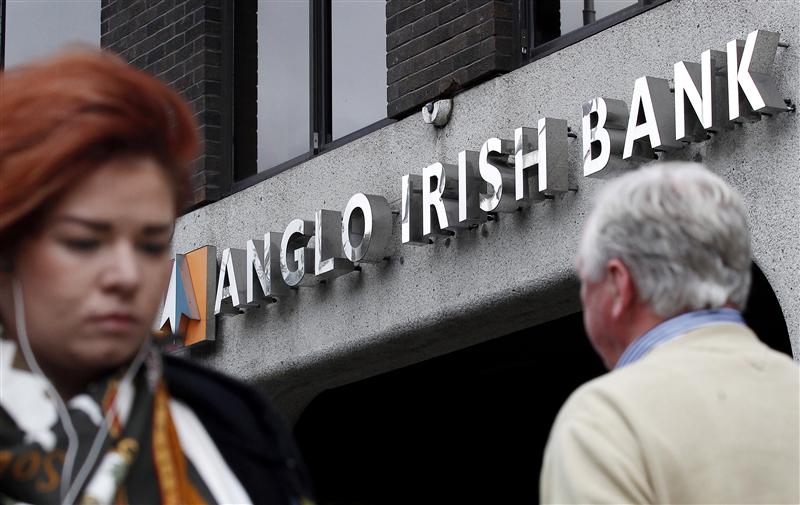 The European Central Bank has given the nod to the restructuring of Ireland’s bank bailout, which will make the country’s debt more bearable. Euro zone leaders had resisted allowing their bailout fund to take on the burden. Luckily the ECB is stepping in when governments fail.

Ireland on Feb. 7 secured a deal to restructure the former Anglo Irish Bank, Irish prime minister Enda Kenny told Parliament.
The Irish Bank Resolution Corporation, which holds the remnants of Anglo, has been liquidated. Most of the Irish central bank’s 40 billion euros of loans to the IBRC will be replaced by a 25 billion euro longer-term Irish sovereign bond.
The so-called promissory note, which the central bank had been holding as collateral, has been cancelled.
The remainder of the central bank’s exposure to IBRC will be covered by special bonds issued by Ireland’s bad bank NAMA, which has until “mid 2013” to either sell IBRC’s remaining assets to private buyers, or subsume them into NAMA.
Payments on Anglo’s bailout are being stretched out over an average maturity of 34 years. This should have a cashflow benefit of 20 billion euros over the next 10 years, not including the cost of the transaction.
The payments also move to an “interest only” system, so that the outstanding principal on the new government bonds will only be repaid at the expiration of each bond.
Irish five-year bond yields fell from 3.027 percent to 2.904 percent on Feb. 7.