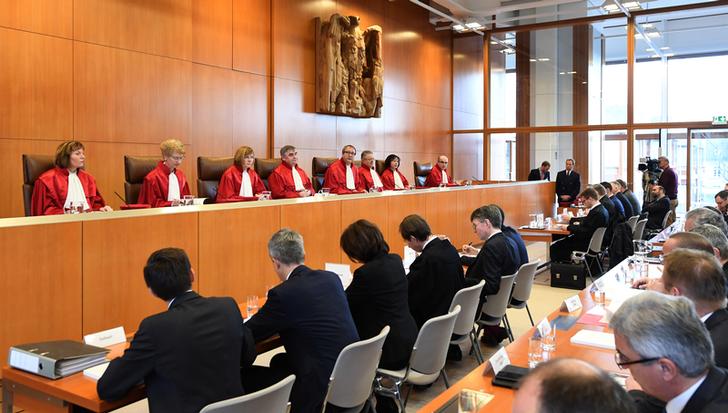 A ruling by Teutonic judges challenged the European Central Bank’s long-standing efforts to use bond buying to stimulate the euro zone economy. Inventive rate-setters will find ways to plough on to achieve their aims. But it’s a very German way to test their independence.

President of Germany's Constitutional Court Andreas Vosskuhle reads the verdict of the court about the attempt by the country's 16 federal states to ban the far-right NPD in Karlsruhe, Germany, January 17, 2017.

The Bundesbank must stop buying government bonds under a long-running European Central Bank stimulus scheme within the next three months unless the ECB can prove those purchases are needed, Germany's top court ruled on May 5.

It added that the German central bank had to sell the bonds already bought, albeit based "on a – possibly long-term – strategy coordinated with" the rest of the euro zone.

The ruling came after the European Court of Justice had already cleared the scheme.

The judges in the Karlsruhe court said their decision did not apply to the ECB's latest pandemic-fighting programme, a 750 billion euro scheme announced in March to prop up the economy.