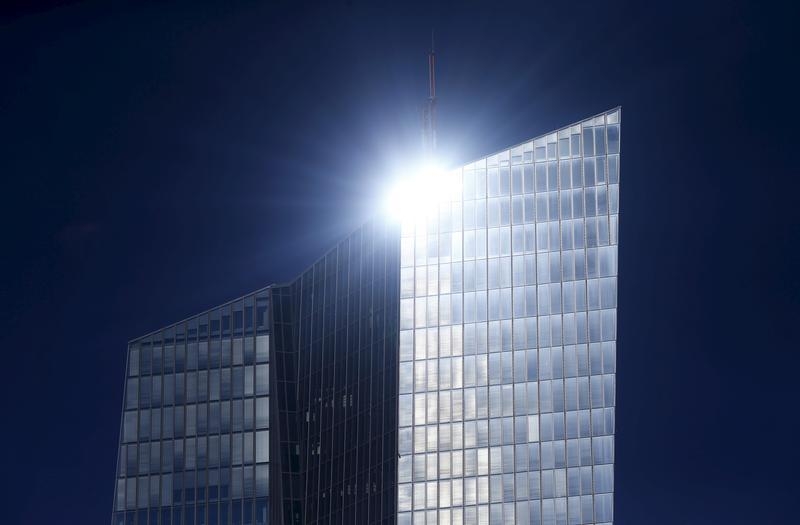 Targeted bank-bashing could be the answer to Mario Draghi’s conundrum. In order to maximise the impact of his plan to ease monetary policy, the European Central Bank president needs to make a big splash in financial markets. But one of the ways of doing this, a chunky cut in the deposit rate, would hurt banks. Cue a bright idea.

Officials say the ECB is considering introducing a two-tier penalty charge on banks which hoard cash, according to a Reuters story published on Nov. 25. Banks are required to hold a minimum amount of reserves with their national central bank and are currently paid 0.05 percent for these holdings. But a different rate is applied to the money over and above this amount which is parked overnight at the ECB. This “deposit rate” is currently minus 0.20 percent and is therefore effectively a penalty on banks.

While a big cut in the current deposit rate would certainly depress the euro, money market rates and euro zone bond yields, it would also make life harder for banks just when the ECB wants them to lend more. However, introducing a two-tier deposit rate, with a deeply negative rate applied only to the largest hoarders, would mitigate this problem. Making these hoarders stump up so much simply to park money overnight with the ECB would be a big stick to encourage them to lend more, not just in their domestic markets but across borders.

Going for this two-tier approach would probably allow the ECB to cut the lower rate by more than it might if it sticks with a single deposit rate. That’s certainly the betting in money markets, where short-term euro interest rates fell to record lows on Nov. 26. And a bigger easing will do more to prod other markets in the central bank’s desired direction. News that the ECB was considering such a move was enough to drive the euro to seven-month lows of $1.0565 and push down German government bond yields on Nov. 25.

It’s unclear whether any of the ECB’s easing options conjure up inflation. But at least this one has the merit of minimising costs while maximising benefits.

Euro zone central bank officials are considering options such as whether to stagger charges on banks hoarding cash, according to a Reuters story published on Nov. 25.

They are discussing a split-level rate, which would see higher charges imposed on banks who deposited larger amounts of cash with the European Central Bank.

The headquarters of the European Central Bank (ECB) is pictured in Frankfurt, Germany, June 28, 2015.

Euro zone central bank officials are considering options such as whether to stagger charges on banks hoarding cash, according to a Reuters story published on Nov. 25.

They are discussing a split-level rate, which would see higher charges imposed on banks who deposited larger amounts of cash with the European Central Bank.