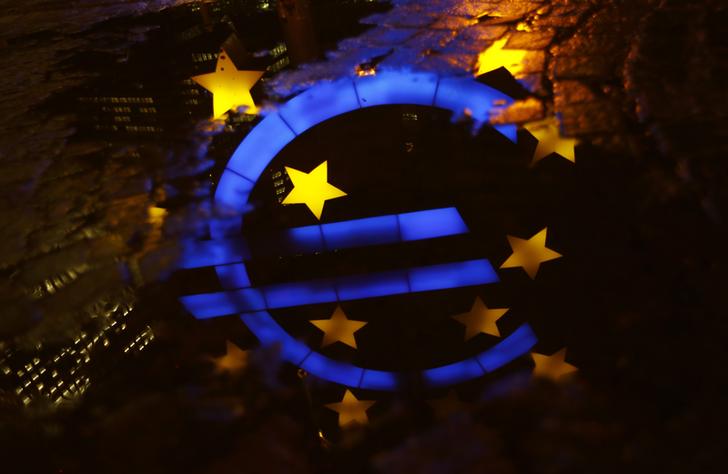 Banking union and the promise of QE closed the gap between borrowing costs in the euro zone’s core and periphery in 2014, data shows. Now bond-buying is here, credit availability in southern Europe should pick up. But recovery requires a recent rally in demand to persist.

The European Central Bank said on Jan. 22 it would buy 60 billion euros of bonds a month, including debt issued by governments.

The famous euro sign landmark is reflected in a puddle outside the former headquarters of the European Central Bank (ECB) in Frankfurt, late evening January 8, 2015.

The European Central Bank said on Jan. 22 it would buy 60 billion euros of bonds a month, including debt issued by governments.