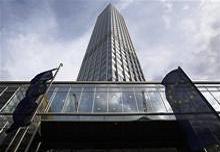 Mario Draghi is the unheralded yet undeniable “winner” of last week’s euro summit. The European Central Bank he presides over could end up with enlarged powers as supervisor of the euro zone’s banking system. It has successfully fought off attempts by most governments to force it into action – whether outright bond-buying or indirect sovereign financing through a banking licence given to the euro bailout fund, the European Stability Mechanism. Finally the ECB did get something it had advocated: that the ESM be allowed to recapitalise the area’s troubled banks directly. Meanwhile, euro members have reaffirmed their commitments to stick with fiscal discipline. From Draghi’s viewpoint, what’s not to love?

For the moment, the ECB’s determined power grab to take over as bank supervisor, then possibly outright regulator, hasn’t formally succeeded. Many difficulties need to be overcome, and the euro leaders’ statement only indicates that the future banking supervisor will involve the ECB. The nature of the supervising body and the scope of its powers are yet to be sorted out. Once the European Commission has come up with a proposal, expect governments to fight tooth and nail over the details.

That’s when the ECB will realise that with greater powers comes greater scrutiny. The central bank been deft at maintaining its independence from national governments in the euro’s first decade – helped not least by the fact that there are so many of them. Should it become the bank supervisor, it will have to accept a close monitoring of the obvious conflict of interest resulting from its position as main creditor of the banking system.

The more the euro zone wants to move towards tighter fiscal union, the more acute will become the question of the democratic legitimacy of its main common institutions: the European Commission and the ECB. Up to now the central bank has had a constituency of 17 governments. It is moving into a space where it needs to find a broader democratic support. There may come a point when Draghi finds this a mixed blessing.

Euro leaders on June 29 asked the European Commission to present by the end of the year a proposal for an area-wide “single supervisory mechanism” for the banking system, “involving the ECB”.

The Euro sculpture is pictured in front of the headquarters of the European Central Bank (ECB) in Frankfurt January 24, 2012. REUTERS/Lmar Niazman

Euro leaders on June 29 asked the European Commission to present by the end of the year a proposal for an area-wide “single supervisory mechanism” for the banking system, “involving the ECB”.