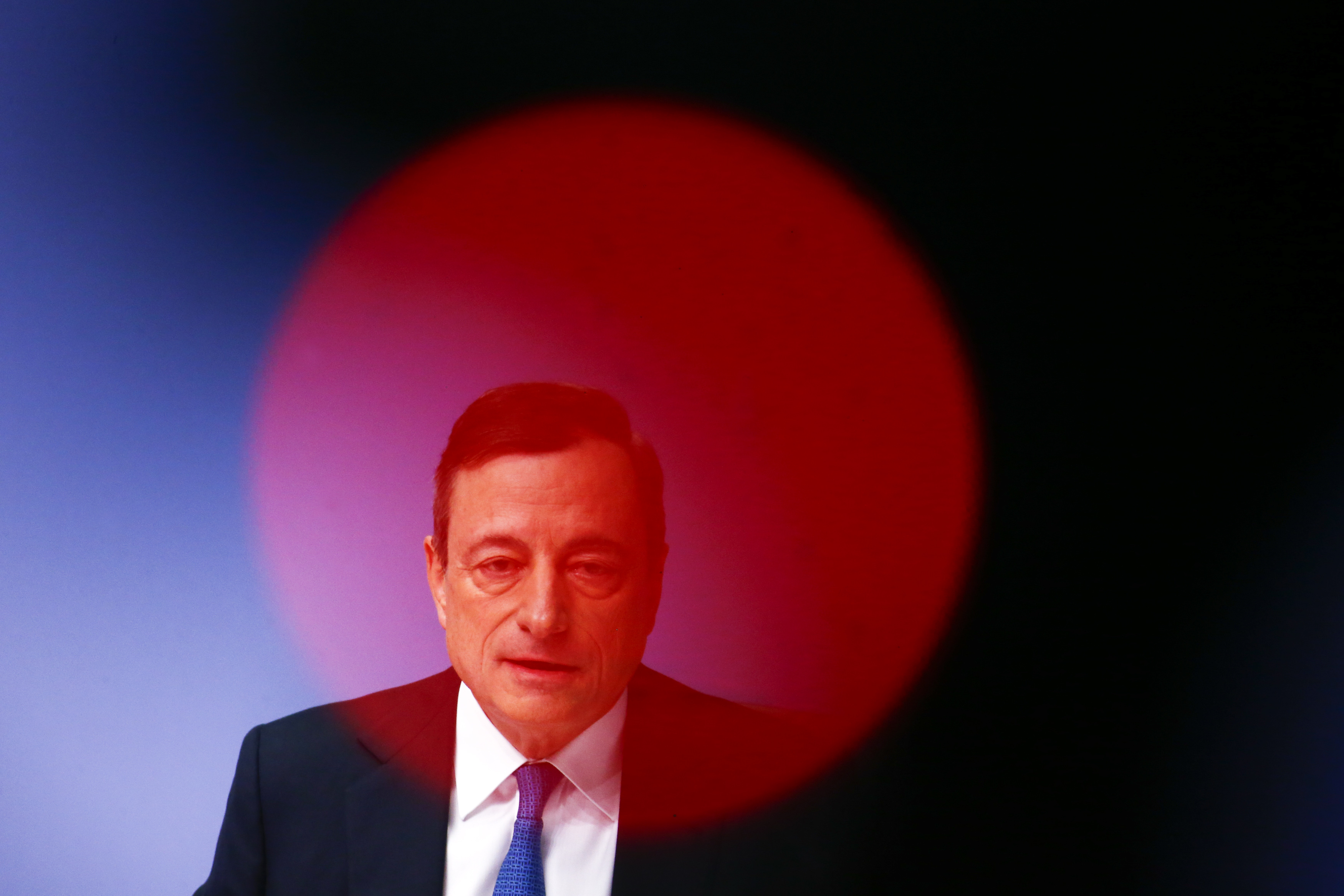 A taper whimper is the most that dismal euro zone growth will allow fixed-income investors. Reports that the European Central Bank may reduce asset purchases from 80 billion euros a month caused a blip up in yields. But this was a far cry from the U.S. bond tantrum of three years ago, and rightly so.

Benchmark 10-year German debt was up just five basis points, to a hardly-lofty minus 0.5 percent, on Oct. 5, the day after the reports surfaced. This was a clear sign that few investors believe the ECB can stomach the sort of market mayhem unleashed in May 2013 when the Federal Reserve announced tapering plans in the United States. Back then, 10-year Treasury yields nearly doubled, to more than 3 percent, within a few months. Such moves would be catastrophic in the euro zone where the likes of Italy and Portugal are struggling to bring down their debt despite falling borrowing costs.

Weak growth and inflation will also constrain the ECB. When U.S. tapering was mooted, Federal Reserve policymakers were expecting growth of as much as 3.4 percent the following year. That’s more than double the ECB’s 2017 euro zone growth forecast. Moreover, inflation will carry on undershooting the central bank’s 2 percent target by some margin. If there is any tapering, it will be very slow.

Assuming the ECB’s prediction of a gradual pick-up in inflation is correct, Barclays analysts estimate the central bank would have to buy about 45 billion euros of assets a month through 2018 to avoid missing even its modest forecasts. And policy would have to be looser than it is now if the euro zone economy grows by just 1 percent, as the bank’s economists expect.

The ECB also lacks the support from politicians that allowed the Fed to contemplate tapering. Stronger euro zone countries need to spend more, while weaker ones need economic reforms. A few, such as Greece or Portugal, even need debt restructuring. Yet a wave of elections next year, including in Germany and France, means none of this will happen any time soon. As a result, the ECB’s ultra-loose policy is here to stay for a while, regardless of whether it’s delivering diminishing returns.

European Central Bank (ECB) President Mario Draghi addresses an ECB news conference in Frankfurt January 22, 2015. The European Central Bank agreed on Thursday to embark on a quantitative easing (QE) programme that will see it print money to buy up 60 billion euros worth of sovereign bonds from March until the end of September next year. REUTERS/Kai Pfaffenbach (GERMANY - Tags: BUSINESS TPX IMAGES OF THE DAY) - RTR4MH87

European Central Bank officials have reached "an informal consensus" that bond purchases will need to be "tapered" once a decision has been taken to end the programme, Bloomberg reported on Oct. 4.

The ECB started buying government bonds in March 2015, and currently buys 80 billion euros of government and other bonds each month.

German 10-year Bund yields rose five basis points after the article was published to minus 0.55 basis points. They were trading at a similar level as of 0936 BST on Oct. 5.