Keep the blinds down 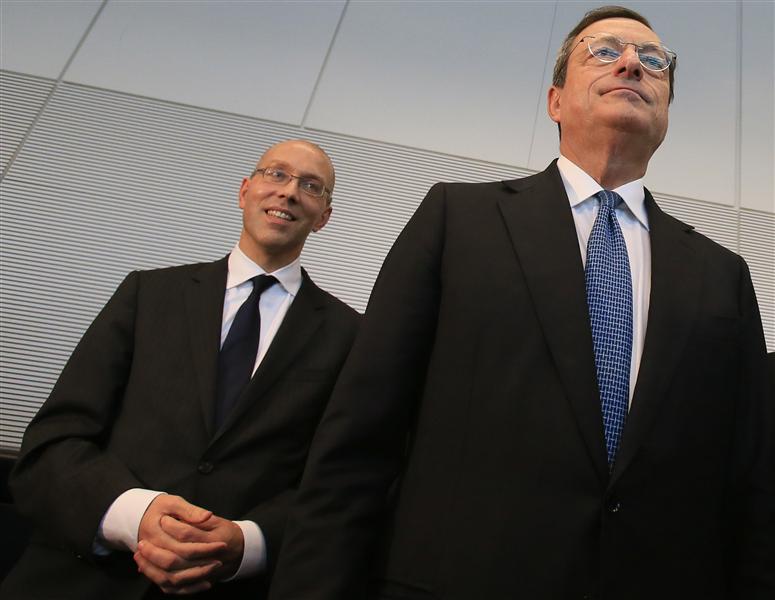 Some taboos are meant to be broken. Benoit Coeuré and Jorg Asmussen, the two youngest members of the European Central Bank’s executive board, seem to think so. The French and the German have called together for the publication of the minutes of the governing council’s deliberations. Unfortunately, Mario Draghi agrees with them. The road to hell is paved with this sort of good intention.

The debate about the publication of the ECB minutes is as old as the euro zone. Advocates say that it would help markets, because openness fosters trust. It would also allow governments and people to check whether the ECB is acting within its remit. Europeans have the right to know what their central bankers say and do when they go to Frankfurt.

The long-standing ECB position – repeatedly articulated by former President Jean-Claude Trichet – was that the euro zone is not a country. The central bankers from member states could face political pressure at home for advocating policies different from their governments’ – which might in turn put their independence at risk. Publication would constrain board members’ freedom of speech.

Trichet’s arguments against disclosure are only partly convincing. If the national central bankers can’t stand the heat, they shouldn’t be in the kitchen in the first place. But the real problem with publishing minutes is that it would transform the governing council into yet another political forum. Participants would play to the gallery instead of focusing on sound policy, and the technical and complex problems at hand. The last thing the euro zone needs is another forum for members from 17 different countries to engage in unintelligible political posturing.

Coeuré and Asmussen are merely suggesting the ECB follow the lead of the U.S. Federal Reserve and the Bank of England. Whether these central banks did a better job than the ECB over time is debatable. And if so, it was not because they published more details about their deliberations.

The transparency lobby, which includes markets and the media, is powerful but wrong. There’s no “right to know” regarding central banks. But there is a right to demand consistent policies that can be implemented firmly because they have been discussed freely and confidentially.

European Central Bank (ECB) Executive Board member Joerg Asmussen (L) and ECB President Mario Draghi pose for the media before speaking to German lawmakers in the Bundestag, in Berlin on October 24, 2012. (Reuters)

The governing council of the European Central Bank is to meet on Aug. 1.

Benoit Coeuré and Jorg Asmussen, members of the ECB’s six-strong executive board, this week argued for a publication of the minutes of the discussions of the bank’s governing council.

“The minutes should include who voted for what, and the reasoning behind that vote”, Jorg Asmussen said in an interview published July 29 in Suddeutsche Zeitung and Le Figaro.

“Transparency is important for the effectiveness of monetary policy and for trust in the central bank”, Coeuré agreed in the same interview.

Mario Draghi, ECB president, concurred and said on July 30 that he considered the publication a “necessary step”.