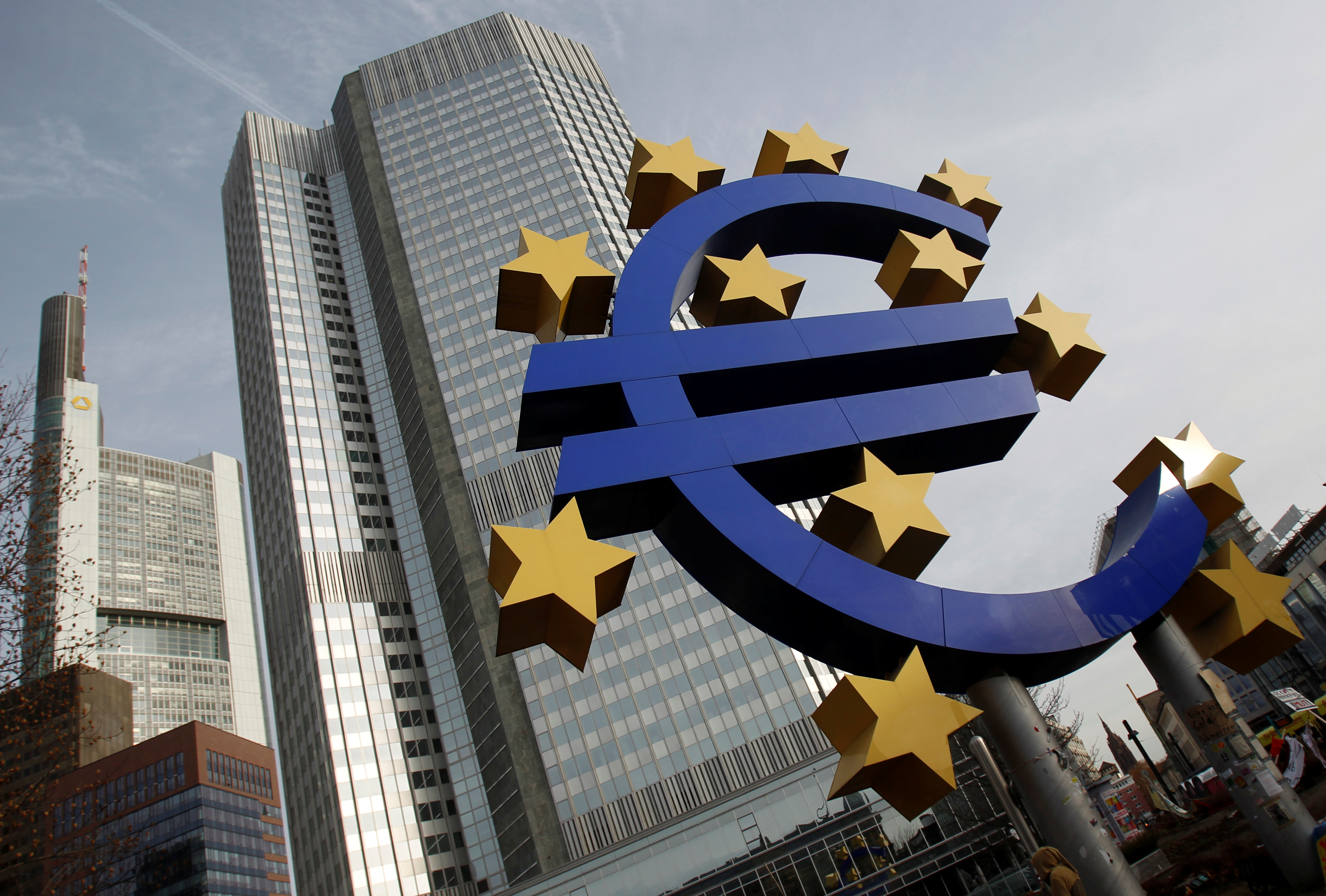 Depressed energy costs meant euro zone consumer prices rose 0.4% in April from a year ago. But President Christine Lagarde may in reality be even further away from her just-below 2% goal. Statisticians’ efforts to fill data gaps during lockdown risk overstating price pressures.

A sculpture showing the Euro currency sign is seen in front of the European Central Bank (ECB) headquarters in Frankfurt, December 8, 2011.

Euro zone consumer prices rose 0.4% in April compared with a year earlier, according to an early estimate released on April 30 by the European Union statistics office, Eurostat.

German consumer prices, harmonised to make them comparable with inflation data from other EU countries, rose 0.8% in April from a year ago, the national statistics office said on April 29.

The German statistics office said in a note dated April 28 that the coronavirus crisis had caused some price collection problems. Prices that could not be collected or could only be collected to a very limited extent were updated using various methods, or, in the case of goods with stable prices, taken from the previous month, it added.

The German statistics office said it had used special methods for seasonal goods in compliance with guidance from Eurostat: “In order to update the package holiday price development, for example, the change rate on the previous month of one year ago is applied.”

The European Central Bank left its deposit rate unchanged at minus 0.5% on April 30 and did not change its asset-purchase programmes. It added that it would lower interest rates on its long-term loans for banks to as little as minus 1% and launch a new loan scheme called Pandemic Emergency Longer-Term Refinancing Operations, or PELTROs.