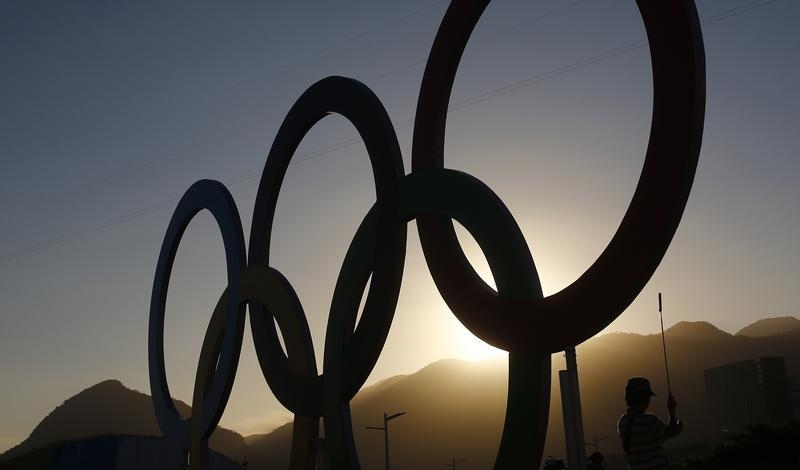 Economic modeling gets its own Olympics event. The Goldman Sachs forecast is in: the United States will win the most medals in Rio, with China next and Brazil outside the top 10. Breakingviews put Russia second and predicts a much better result for the host. It’s all fun and games, but macroeconomic effects do drive sporting prowess.

The Goldman team reckons its formula – which takes as inputs a measure of each participating country’s growth environment, population and previous success as well as a “host effect” – explains roughly 90 percent of the variation in Olympic medal success in the past five iterations of the quadrennial competition.

It makes intuitive sense that population and of course wealth, which enables subsidies for athletes, the provision of equipment and the construction of venues, should make a difference. Breakingviews simply used GDP as a proxy for the latter factor. Where Goldman relies on past performance data, Breakingviews approximates for athletic participation in each country using the affordability of a pair of Nikes. The performance boost for the host nation of the athletic carnival, strongly evident in London in 2012, requires a leap of modeling faith. Brazil will be expecting a better result than 16th for gold medals and 11th overall forecast by Goldman. In the Breakingviews base case, the host nation finishes fifth, though economic and political troubles have sadly intensified since the analysis was first conducted in December. Other econometric forecasts, from Julia Bredtmann at the RWI-Leibniz Institute for Economic Research and her colleagues and a team from the University of Groningen, rate Brazil seventh and 11th, respectively.

Neither macroeconomics nor history can anticipate the impact of drugs on the Olympics, however. Breakingviews considered a country’s past propensity for doping, as officially reported, as a possible benefit for cheaters whose chemical performance enhancements might not be detected.

In recent months, however, a checkered history has worked against Russia, with some athletes already banned and others still unsure whether they will compete in the Games, which open on Friday. The latest developments led Goldman to mark down the country to fourth place in total medals. That’s a spot below the United Kingdom, an ignominy that didn’t even occur four years ago when the Olympics were held in the British capital.

Goldman Sachs released its quadrennial "Olympics and Economics" analysis, using macroeconomic data and statistical relationships to forecast the medal tally of countries competing at the 2016 Summer Games set to open on Aug. 5 in Rio de Janeiro.

The Wall Street bank estimates that a so-called host effect will provide Brazil with a 50 percent increase in gold medals compared with what would otherwise be achieved and a 20 percent gain in the overall number of medals won.

Goldman also adjusted for the still uncertain status of Russia's athletes, many of whose participation is still in question in the wake of a doping scandal.

In December 2015, Breakingviews produced an Olymponomics calculator, assessing countries' potential performance based on four parameters: population, GDP, the cost of Nikes – a proxy for sports participation – and propensity to indulge in doping. The projected top five countries in the medals table came out as the United States, Russia, China, Japan and Brazil.

An econometric forecast from Julia Bredtmann at the RWI-Leibniz Institute for Economic Research and two colleagues ranks the United States, China, Russia, the UK and Japan as the top five, with Brazil in seventh place. A team from the University of Groningen projects the same top four with Germany in fifth and Brazil 11th.