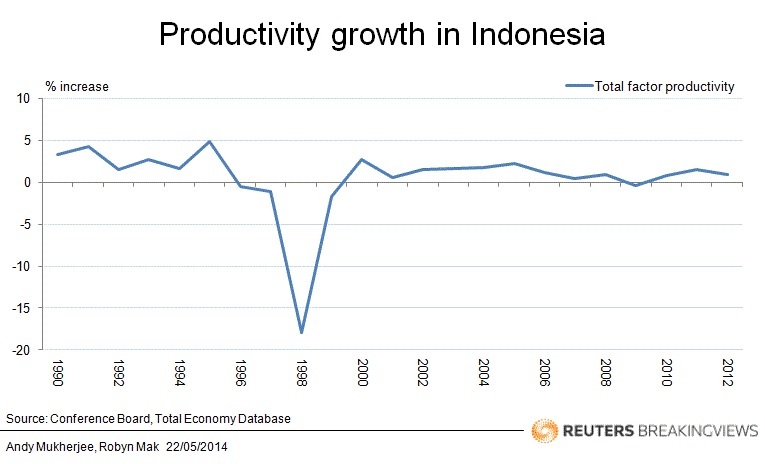 The country’s two presidential hopefuls are chanting the mantra of self-sufficiency. Deepening Indonesia’s engagement with the world is a more urgent priority. The economy needs a big productivity boost. That will elude it if politicians keep making a virtue of insular policies.

Joko Widodo, Jakarta’s governor and the frontrunner in Indonesia’s presidential election, called for a “mental revolution” to make the country less dependent on foreign investment and technology and self-reliant in food and energy in a May 10 op-ed for national newspaper Kompas.

If he becomes president, Joko Widodo, known as Jokowi, will restrict the sale of national banks to foreign investors, the Jakarta Post reported on May 21, citing a pre-poll vision document the candidate submitted to the election commission.

The Indonesian government recently closed onshore oil and gas drilling to foreigners and reduced the maximum foreign ownership allowed in offshore drilling to 75 percent, from 95 percent. It has now capped foreign investment in data communication, call centres and some other telecommunication services at 49 percent.

A recent opinion poll showed that Jokowi is leading Prabowo by 15 percentage points.

The Jakarta Stock Exchange Composite Index has risen almost 16 percent this year. But the benchmark is still 3.5 percent below its May 21 2013 level.