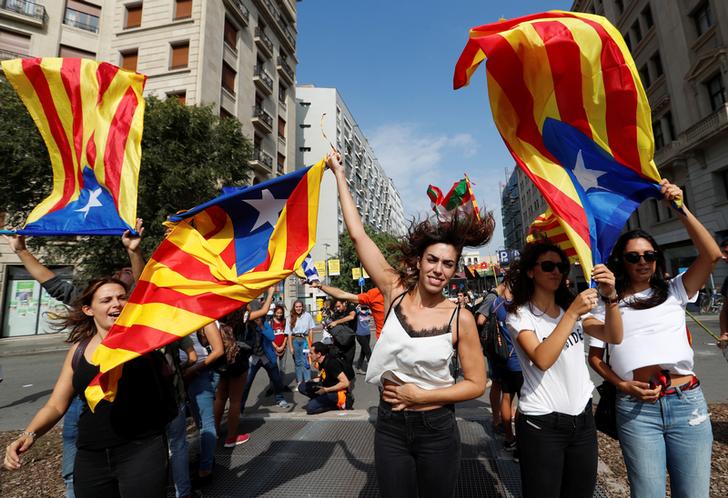 On paper, independence looks viable for a wealthy region with GDP roughly the same as Finland’s. In reality, divorcing Spain would trigger harmful disputes over tax and debt. A Catalan central bank would lack the reserves to maintain confidence outside the euro zone.

People hold on to Catalan separatist flags on top of an air vent during a demonstration two days after the banned independence referendum in Barcelona, Spain, October 3, 2017. REUTERS/Yves Herman

Secessionist Catalan politicians have pledged to unilaterally declare independence from Spain following an Oct. 1 referendum that was declared unconstitutional by Madrid.

The declaration of independence is expected to be made at an Oct. 9 session of the regional Catalan parliament. While Spain's Constitutional Court on Oct. 5 ordered the suspension of the session, the Catalan head of foreign affairs said on Oct. 6 that the regional parliament would nevertheless meet.

Some of Catalonia's biggest businesses have begun taking steps to transfer their registered headquarters to other cities in Spain. Banco Sabadell, Spain’s fifth-largest bank, decided on Oct. 5 to transfer its legal base to Alicante.