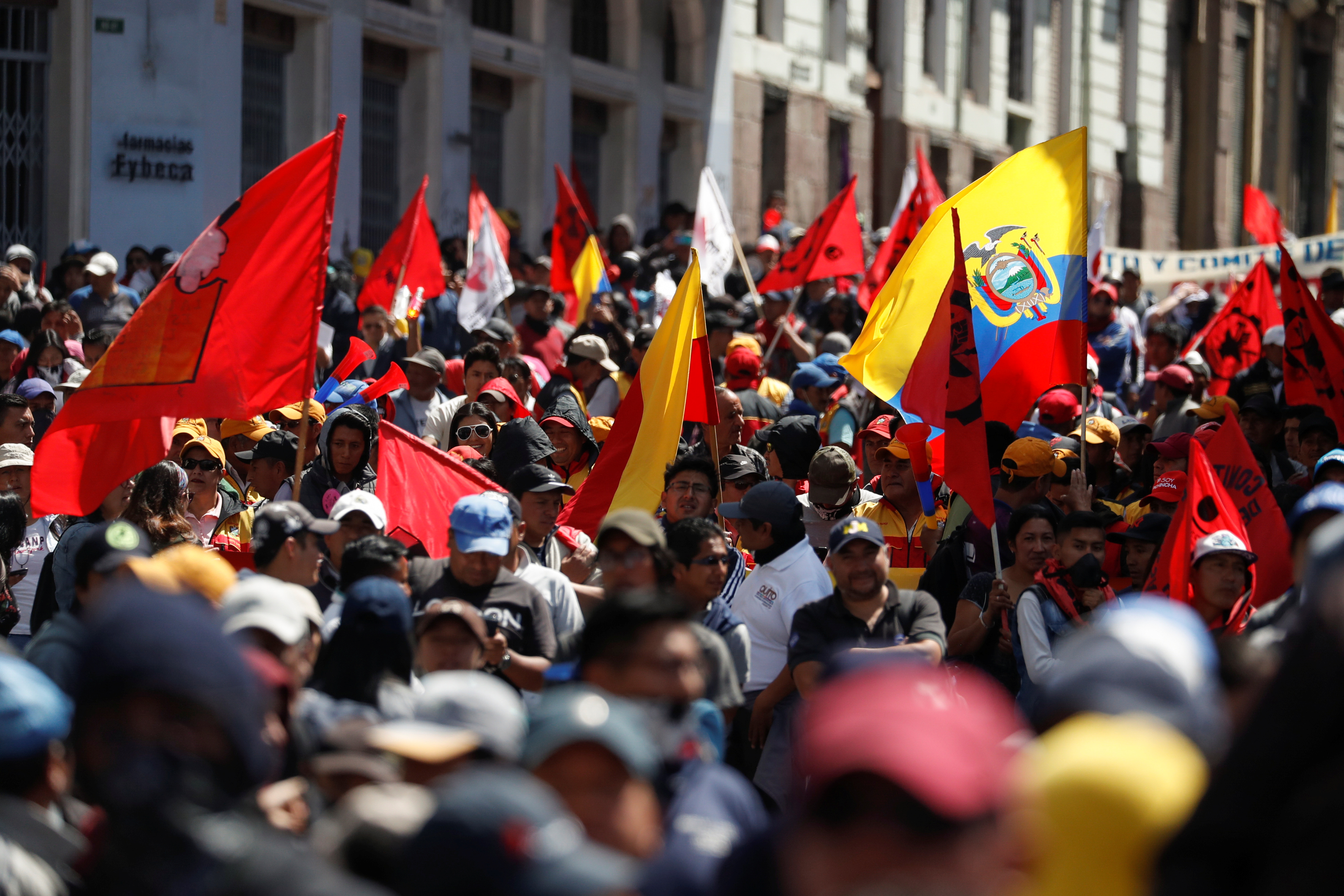 Days before Kristalina Georgieva presides over her first annual meeting, President Lenin Moreno fled the capital as IMF-backed austerity measures sparked riots. Balancing support for the tough choices he’s making, while improving the IMF’s standing in the region, will be tricky.

Ecuadorean protesters held a national strike and clashed with security forces on Oct. 9 after President Lenin Moreno refused to step down or overturn anti-austerity measures that have triggered the worst unrest in a decade.

Moreno, who relocated his government to Guayaquil, instituted a curfew on Oct. 8 and declared a state of emergency on Oct. 3. The violence has resulted in one death and around 500 arrests.

Bulgarian economist Kristalina Georgieva was confirmed as managing director of the International Monetary Fund on Sept. 25. She was previously the chief executive of the World Bank.

The Annual Meetings of the World Bank and the IMF will meet in Washington, D.C. from Oct. 14 through Oct. 20.