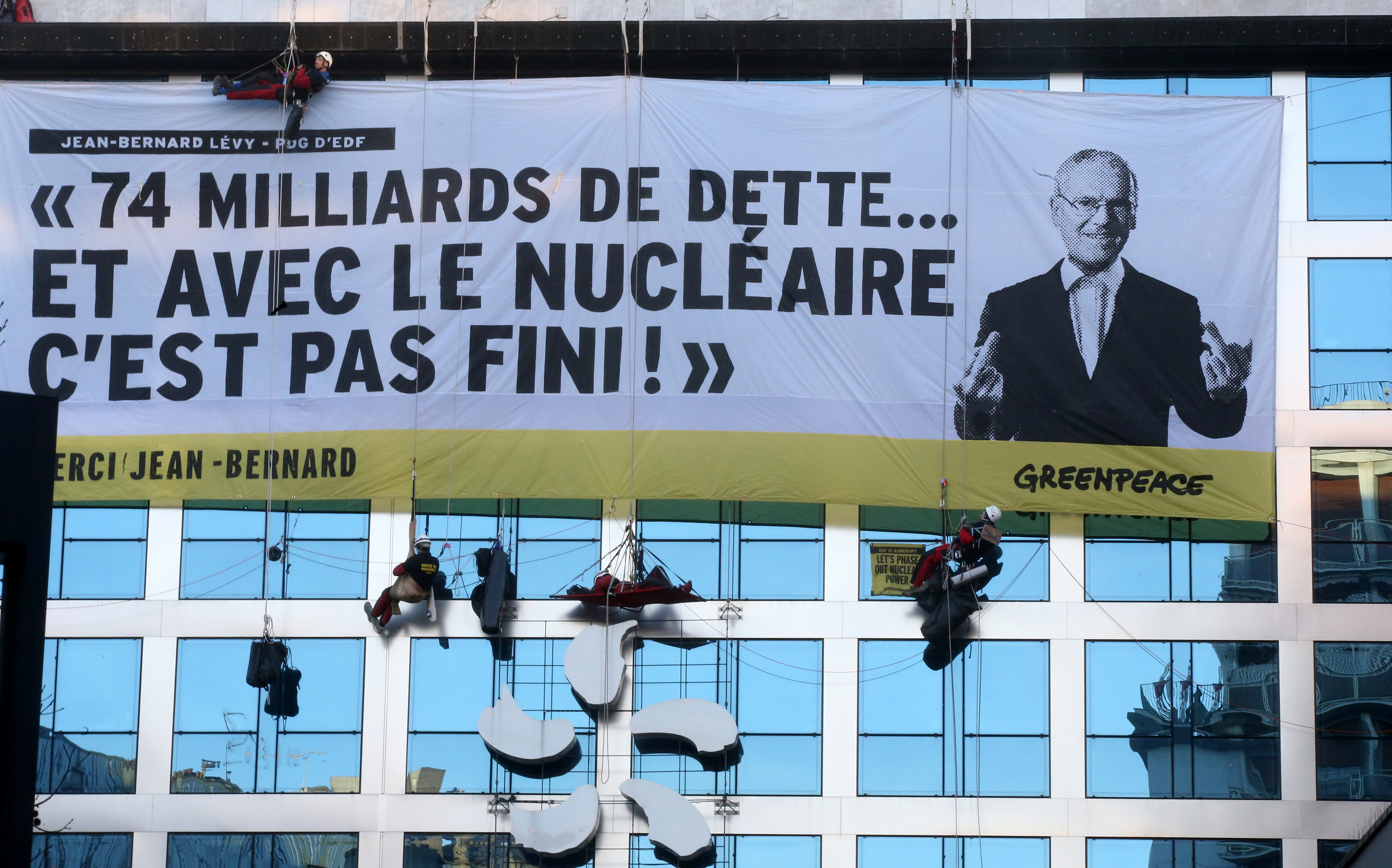 The troubled, state-controlled French utility has raised 4 bln euros by selling a 49.9 pct stake in its power grids. EDF’s plan to repair its weak balance sheet is on track. But a deteriorating business and more government-directed investments will short-circuit any recovery.

Greenpeace activists hang a banner which reads "74 billions debts and with nuclear energy it is not over" on the facade of the France's state-owned electricity company EDF headquarters to protest against nuclear energy safety in Paris, France, December 14, 2016. REUTERS/Jacky Naegelen - RTX2UY62

Shares in French utility EDF on Dec. 15 fell by more than 10 percent after the company published EBITDA guidance for 2017 that was well below analysts’ forecasts. The company is expecting EBITDA of between 13.7 billion and 14.3 billion euros, compared with forecasts of 15.6 billion euros, according to Thomson Reuters data.

The French utility on Dec. 14 announced that it had agreed the sale of a 49.9 percent stake in RTE, its high-voltage power grid unit, to state bank Caisse des Depots for 4.1 billion euros in cash. The transaction is part of EDF's plan to sell about 10 billion euros’ worth of assets by 2020 in an effort to reduce debt and free up funds for the utility's 18 billion-pound (21.5 billion euro) project to build two nuclear reactors in Britain.

EDF also plans a 4 billion-euro capital increase early next year, to which the French government - which owns just under 86 percent of EDF - plans to contribute 3 billion euros.

The company said in July it would issue new shares before closing its 2016 financial accounts in February 2017.