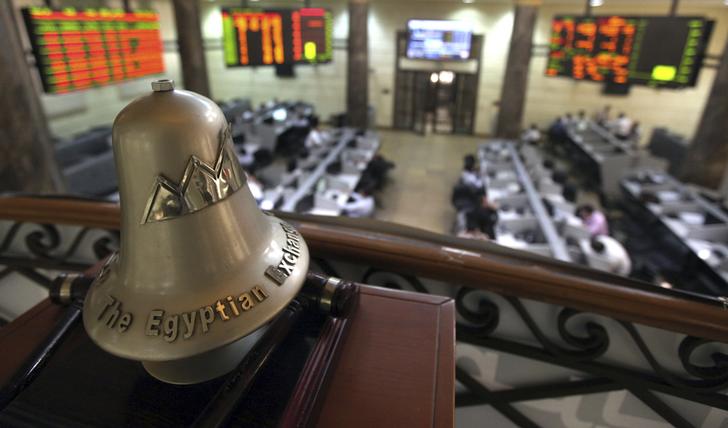 This week’s euphoria for Egyptian equities is overdone. The prospect of calmer streets has sent the country’s benchmark index of 30 leading stocks up more than 12 percent since June 30, when protests against the Muslim Brotherhood government began – more than 7 percent on Thursday alone, when the military acted on its threat to force President Mohamed Mursi from power. That was the biggest one-day gain after a year of economic mismanagement under the deposed government.

Investors, though, are divided in their enthusiasm for the transfer of power and what it might mean for the economy’s future. Buyers in the last trading session were mostly local players, according to Pharos Holding, whereas foreign investors, who make up around one-fifth of the market, were net sellers.

There’s certainly a lot of value to unlock. The EGX30 is trading 25 percent lower than it was before the initial uprising in 2011. In uncertain times, companies have chosen to retain cash instead of investing. That is affecting earnings growth.

Caution is warranted. The risk of a violent retaliation from the marginalised Brotherhood remains. Fresh aid from Saudi Arabia and the UAE, which deeply distrusted Mursi’s government, could help reduce the shortage of foreign currency that made it hard for companies and individuals to exchange currency freely. But there is little visibility on when or how much Egypt will receive from its rich neighbours.

A sustained improvement in the stock market will depend on how fast the new regime tackles the country’s long-term economic woes. The “technocratic” government, which is yet to be announced, will need to reform energy subsidies and strike a deal with the International Monetary Fund in order to reign in the fiscal deficit and reduce the pressure on current accounts.

Stabilising the pound, which has depreciated 21 percent against the dollar since the start of 2011, is a pre-requisite for foreign investors to start funding the government again. That would reduce the pressure on local banks to buy T-bills and allow them to lend more to companies, benefiting the economy. After two-and-a-half years of painful government inaction, investors would be better off to wait and see.

Traders are seen working below the Egyptian Exchange bell at the stock exchange in Cairo April 1, 2013.

Egypt’s stock market rose 7.3 percent on July 4, one day after the army ousted President Mohamed Mursi from power.
Foreign investors, which accounted for 41 percent of trading in the session, were net sellers of Egyptian stocks.
An official at equity index provider MSCI said in June that investors had reported difficulties repatriating money out of Egypt.
It warned that it may be forced to consider excluding Egypt from the MSCI Emerging Markets Index if the situation worsened.
The EGX30, the country’s benchmark index, has declined 2.3 percent in the year to date and 25 percent since January 2011.