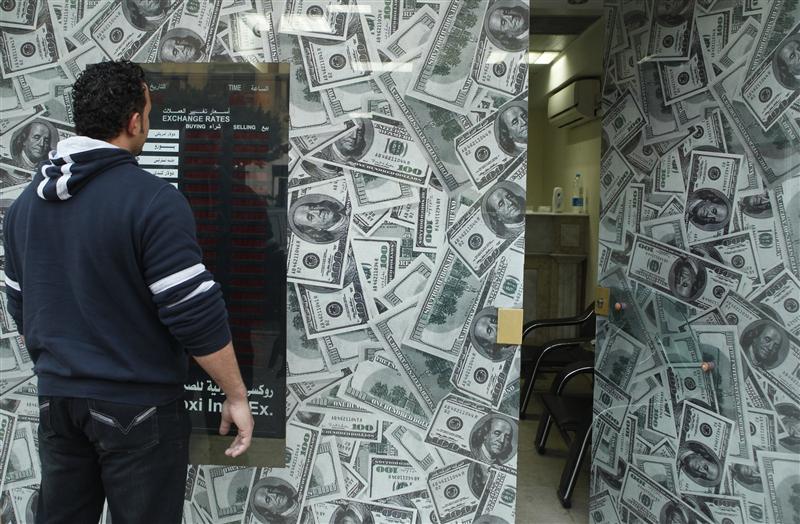 The fall of the pound creates inflationary pressure and capital controls underscore the shrinking of foreign reserves. Egypt’s ruling Brotherhood must finalise an unpopular deal with the IMF or risk a currency meltdown. Neither option is appealing ahead of elections.

A man stands outside an exchange bureau in Cairo

Egypt’s incoming finance minister, Al Mursi Al-Sayed Hegazy, said on Jan. 6 that he was “ready to complete discussions with the International Monetary Fund” to secure a $4.8 billion loan.
The country’s foreign reserves edged lower to $15.02 billion at the end of December from $15.04 at the end of November.
Qatar deposited a loan of $500 million into Egypt’s central bank as budgetary support during December, according to Egypt’s finance minister who was replaced as part of a wider cabinet shuffle.
Last week, the central bank implemented a new regime for buying and selling foreign currency and fresh capital controls.
On Jan. 7, the pound was trading at 6.45 against the dollar or 11 percent weaker than at the start of January, 2011, when the uprising began.