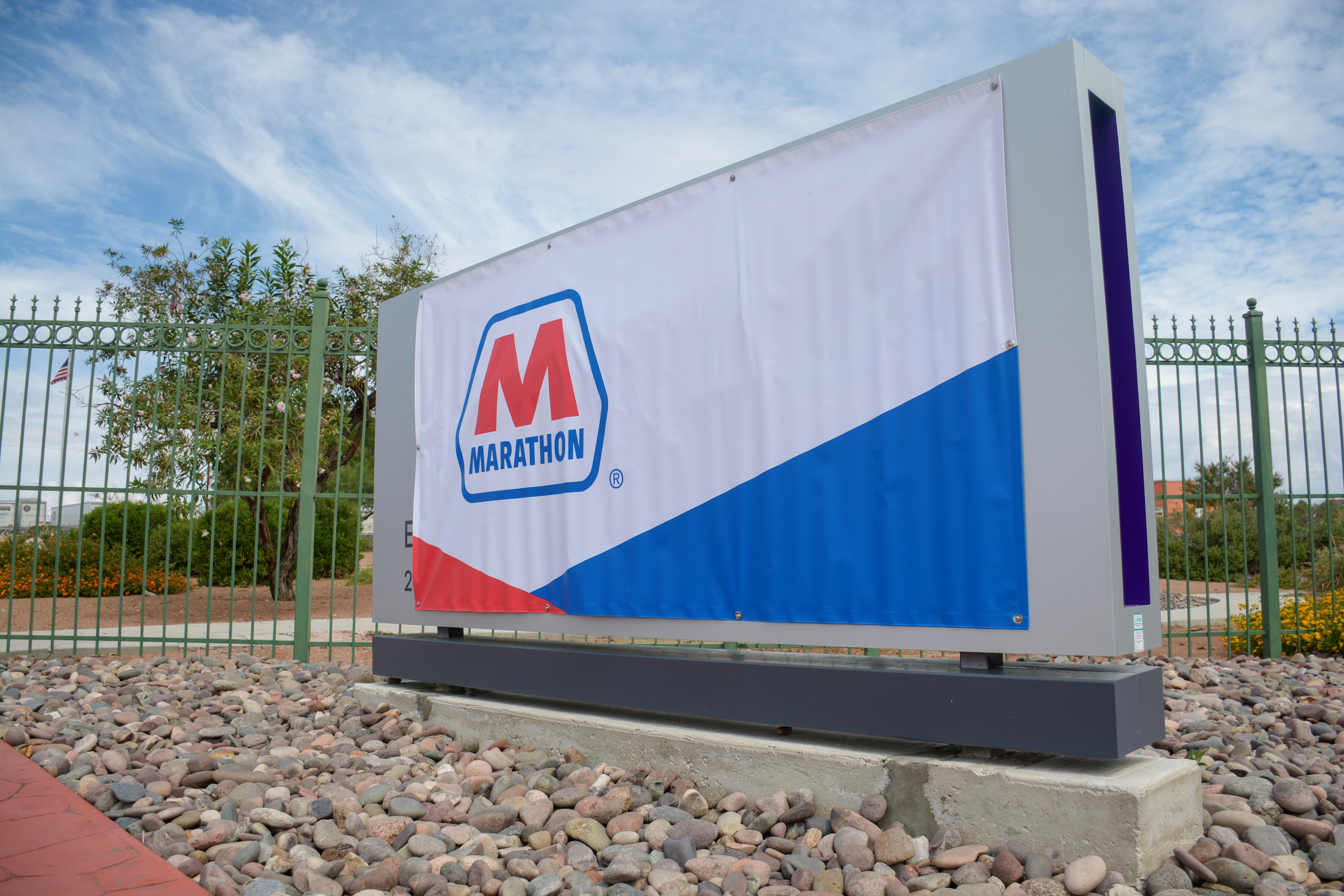 A Marathon Petroleum banner covers an Andeavor sign outside the El Paso refinery following a closed $23 billion deal after the Ohio-based Marathon bought the Texas-based company, forming one of the largest global refiners in El Paso, Texas, U.S., October 1, 2018.

Marathon Petroleum said on Oct. 31 that Chief Executive Gary Heminger will leave the company next year when his current term ends. Heminger has been CEO since 2011. The company also said it will spin off its Speedway retail subsidiary and review its midstream pipeline operations.

Activist investors Elliott Management, D.E. Shaw and others have been putting pressure on Marathon to change its structure following the fossil-fuel company’s 2018 acquisition of rival Andeavor. Elliott sent Marathon a letter and presentation requesting structural and governance changes on Sept. 25.

Marathon also announced its third-quarter results on Oct. 30, which beat the mean estimate of sell-side analysts, according to Refinitiv data.

Hess sold its retail and transport business to Marathon for almost $2.9 billion in 2014 following a successful 2013 activist campaign by Elliott.