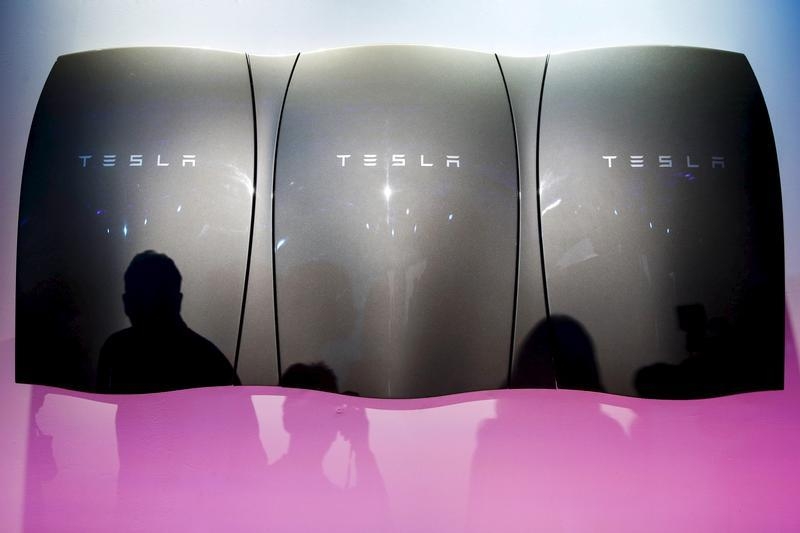 Chief Executive Elon Musk’s new Powerwall battery system may finally bring some sense to Tesla Motors’ charged-up stock market valuation. Like his electric cars, the Silicon Valley billionaire’s new product is too pricey for many at up to $3,500 a pop. But if battery costs keep falling, Tesla’s Gigafactory runs smoothly and the solar market expands, shareholders may find there’s more spark in batteries than vehicles.

Those are some big ifs. But Musk does have some factors in his favor. First, he already has or is working on much of what he needs. Tesla’s car batteries serve as the model. The factory he’s building to make more should be ready by next year. And he is chairman of SolarCity, which is one of the major suppliers of sun-generated power in the United States, where some 600,000 homes and businesses currently use it.

Analysts at Evercore, being generous, reckon Tesla could sell 1.8 million batteries by 2020, generating $5.8 billion of revenue, if it uses all the spare capacity at the Gigafactory – and if more homes sign up, or businesses buy the batteries by the boatload. Pencil in an estimated cost of $200 per kilowatt-hour for the battery packs, fold in all other costs and taxes, and the bank reckons battery sales would add almost $600 million to Tesla’s bottom line.

With a pre-tax margin of 12.8 percent, that’s better than the automaker is expected to generate from cars in 2018, according to Thomson Reuters, which does not have data beyond then – yet it trades at a whopping 25 times that year’s expected earnings. Applying that multiple to Powerwall earnings would yield a value of almost $15 billion, just over half Tesla’s current market worth.

Now factor in a 50 percent decrease in the cost of making the power packs over the next five years. Other things being equal, that would imply $1.8 billion of net profit from Powerwall, a 29 percent pre-tax margin.

It’s unlikely to be that high, as Tesla would probably cut the retail price or increase storage capacity. Assume profit, therefore, comes in at $1.2 billion. That would value the business at some $30 billion, just outpacing its car-making cousin’s current market value.

None of that, of course, factors in rising competition, whether from startups or giants like General Electric. But there’s a good chance batteries could give Tesla’s vehicles a run for their money.

Elon Musk, chief executive of Tesla Motors, on April 30 unveiled plans to sell batteries to help supply electricity to homes, businesses and utilities. They are designed to run on solar power and regular utility-supplied electricity.

Musk did not reveal pricing for batteries for companies and utilities, but said that Amazon and Target are to roll out pilot programs and that Southern California Edison will use some to store electricity.