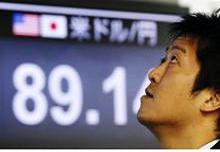 When central banks of countries with beleaguered currencies increase policy interest rates, they are sending a message to foreign exchange traders: back off. But while bond traders in developed economies might be assuaged by nothing more than an assurance from the European Central Bank’s Mario Draghi, a mere pledge to do “whatever it takes” is inadequate for hard-headed FX types. They forced the UK to leave the European exchange-rate mechanism in 1992 – they are hardly going to wilt in front of Ankara or Pretoria.

As far as traders are concerned, central banks that try to stop their currencies falling are sitting ducks. Official foreign reserves’ firepower is usually not big enough to scare them off, not in a global market with a daily turnover of $5 trillion or so. And while rate hikes make it more expensive to bet against a currency, speculators are well aware that these higher rates create political problems, because they tend to crush already tottering economies. Governments often have less willpower than speculators have funds.

True, governments working together have been able – after a great deal of effort – to see off speculative attacks. And the Swiss National Bank was eventually able to resist traders’ push for a higher franc. But the SNB could call on a potentially infinite supply of the home country’s currency, and, even then, it took extensive intervention and much time to prevail.

The central banks of countries with large deficits can always hope for divine intervention, or for a repeat of last year’s unexpected decision by the U.S. Federal Reserve not to reduce its bond purchases. Otherwise, they face a daunting opponent: currency traders who have the bit between their teeth and economic logic on their side. The monetary authorities’ usual tools are rarely as effective as the one that they won’t want to use: capital controls.

Turkey announced massive hikes in all its main interest rates on Jan. 28.

An employee of a foreign exchange trading company looks up in front of a monitor showing the Japanese yen's exchange rate against the US dollar in Tokyo January 11 2013. REUTERS/Toru Hanai

Turkey announced massive hikes in all its main interest rates on Jan. 28.