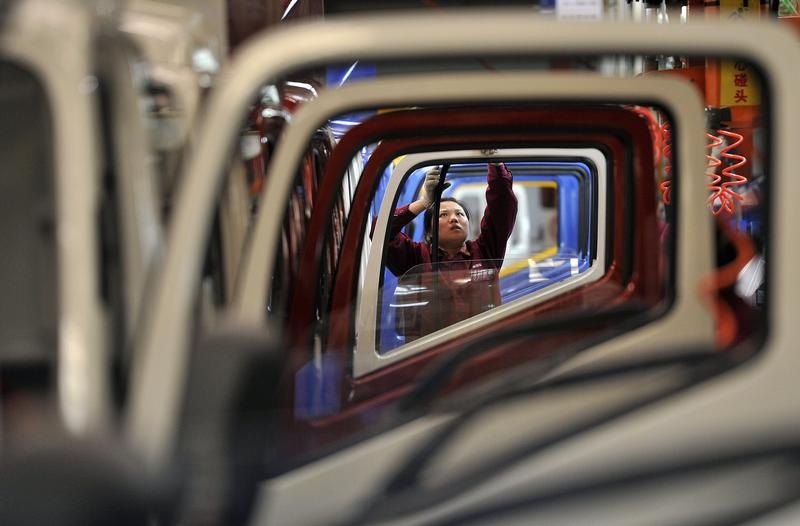 A worker installs rubber onto the windows of the doors along a production line at a truck factory of Anhui Jianghuai Automobile Co. Ltd (JAC Motors) in Hefei, Anhui province May 5, 2014.

India’s antitrust watchdog, the Competition Commission of India (CCI), said on Aug. 26 it was fining 14 car companies a total of 25.4 billion rupees ($421 million) for restricting the sale of spare parts in violation of local law.

The regulator said that carmakers had abused their dominant local position to prevent independent dealers from offering spare parts. They also charged “arbitrary and high prices” for the parts.

Officials said carmakers must allow third-party equipment suppliers to licence genuine parts to sell under their own brand. The carmakers would receive a royalty payment on any patents they hold. Carmakers must also scrap the condition which states that using non-approved garages for repairs violates a car’s warranty, and any restrictions on providing original spare parts to independent repairers.

The groups are to be fined two percent of their average revenue, mostly from 2007-2010. Tata Motors received the largest fine of $223 million. By comparison Mercedes-Benz will pay $3.8 million.

China’s National Development and Reform Commission (NDRC), is conducting a probe into parts pricing in the auto industry. Officials said on Aug. 6 that Chrysler, owned by Italy’s Fiat, and Volkswagen-owned Audi had engaged in anti-competitive behaviour. Audi has already said its sales arm violated part of the country’s anti-monopoly laws, and that it would accept a penalty.