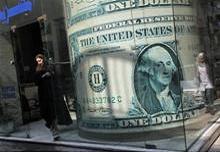 When there is turmoil in global markets, safe havens, such as U.S. government bonds, typically benefit. But right now, the pattern may be different. In Brazil, India and Indonesia, central banks have intervened to slow their currencies’ slide in the past two weeks. Traders say that other countries are doing the same. These raids on foreign exchange reserves will add to the tailwinds that are driving U.S. Treasury yields higher.

Emerging markets have been large and mostly steady buyers of Treasuries for decades. Only in 1998, during the Asian crisis, did their holdings of dollar-denominated assets fall. The buying probably increased during the past three years, when the problem for these countries was how to stop their currencies rising against the dollar – and what to do with the reserves they accumulated in the process.

Now they face the opposite challenges. Slowing growth has been a drag on their currencies. So has concern that Western monetary policy will become somewhat less accommodative. These worries have driven 10-year Treasury yields to two-year highs of close to 3 percent, which has also eroded the attraction of emerging-market assets.

The fall in these currencies means emerging economies won’t accumulate Treasuries at the same pace. And those who are intervening against the tide of the foreign exchanges may be forced to sell some U.S. bonds. It will take a while to build up a full picture, but central banks and sovereign wealth funds sold $14.3 billion more dollar-denominated securities than they bought in June, the most recent month for which U.S. Treasury figures are available – and before the turmoil in emerging markets.

True, central bank reserve managers generally do not dominate flows in the U.S. bond market. And many of them will keep reinvesting their coupon and redemption payments back into Treasuries. But they won’t be the perennially voracious buyers of U.S. bonds they once were. And that improves the odds that U.S. yields will rise. The United States may still be safe in some ways, but it is looking a little less like a haven for bond investors.

The yield on U.S. 10-year Treasury bonds increased from 2.1 percent in early June to 2.9 percent in August. On Aug. 27, the bonds were yielding 2.8 percent.
Central banks and sovereign wealth funds sold $14.3 billion more than they bought in June, according to U.S. Treasury figures on banking flows and acquisitions of short-term and long-term U.S. securities.
Emerging and developing economies’ dollar reserves used to account for about a third of all U.S. currency reserves in 1995, according to figures from the International Monetary Fund. They now account for nearly half.