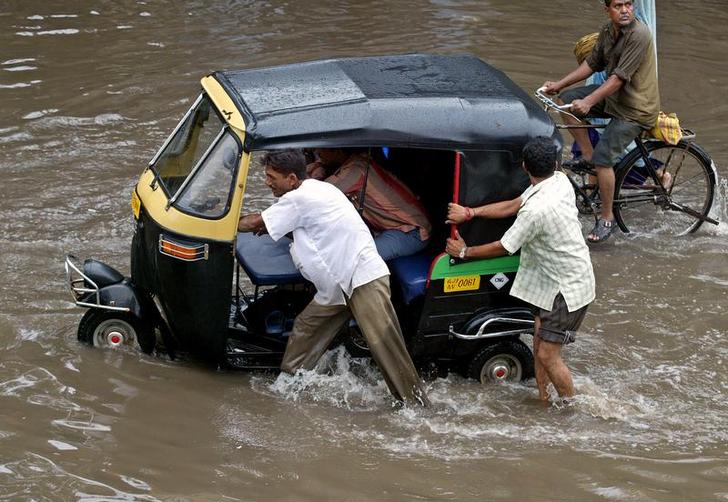 The tide was against emerging markets last year, and this year their growth is down. And yet much has turned in favour of developing economies. Amid the remarkable global market calm, fresh flows of liquidity are heading their way. Emerging markets’ current weak growth therefore bodes ill for the next period of genuine tighter financial conditions.

The overall picture of the global economy is far from brilliant, as the World Bank’s latest global economic outlook makes clear. It is awash with downgrades from the January edition. The forecast for global GDP growth in 2014 has been cut from 3.2 to 2.8 percent. Developing economies’ GDP growth was sliced from 5.3 to 4.8 percent. The World Bank expects them to enjoy a 2015 strengthening, to 5.4 percent. That may be too optimistic.

Many factors lie behind the loss of momentum in emerging economies. In East Asia the bank speaks of an end to “the years of credit-fuelled expansion.” But a single word a year ago from Ben Bernanke has certainly been influential. When the then chairman of the U.S. Federal Reserve mentioned tapering of Fed asset purchases, the tide of capital that had been flowing towards emerging economies started heading out. Currencies fell, asset markets tumbled and commodity prices also slid, harming exports.

This year, however, emerging economies have benefitted from the curious ultra-calm in global markets. The MSCI emerging markets equity index has risen to its highest since May 2013. Emerging market bonds have also been on the up. And commodity prices have risen by 9 percent so far in 2014, according to the Thomson Reuters CRB index, bolstering export earnings.

In other words, most of the tightening emerging economies suffered last year has been reversed. And yet growth remains soft.

The expected pickup in developed economies will help. But there is still much for emerging economies to fear. The continuing risk is that global liquidity tightens much more significantly than last year.

A word from Bernanke was bad. Investors are not giving much thought to what might happen when these nations have to face the reality of higher global rates.

Indian men push an auto-rickshaw through a flooded road in the western Indian city of Ahmedabad.

The World Bank trimmed its global growth forecast on June 10, saying a confluence of events, from the Ukraine crisis to unusually cold weather in the United States, had dampened economic growth in the first half of the year. The bank predicted the world economy would grow by 2.8 percent this year, below its prior forecast of 3.2 percent made in January, but it expressed confidence activity was already shifting to more solid footing.

The bank expects growth to quicken later this year as richer economies continue their recovery. It kept its global growth forecasts for 2015 and 2016 unchanged at 3.4 percent and 3.5 percent, respectively.