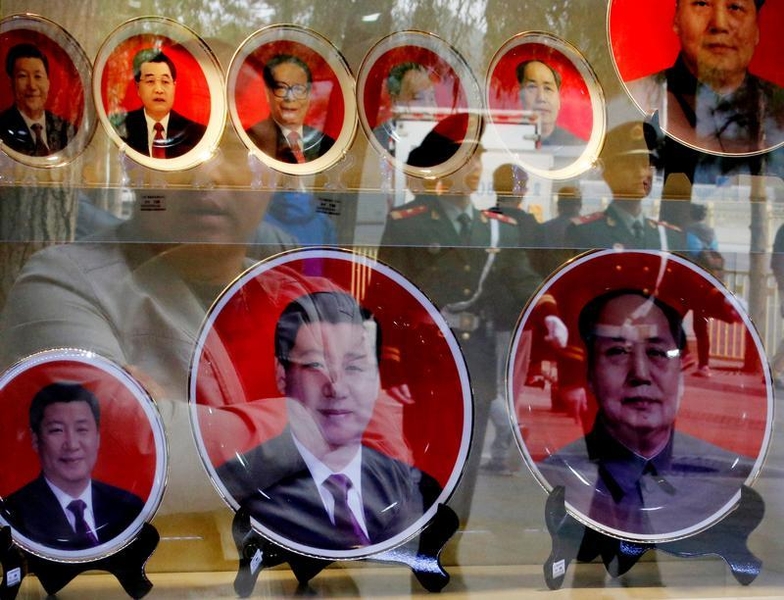 China’s president Xi Jinping has a flashy new title. The Communist Party has named him as its “core” leader – a moniker previously granted to icons like Mao and Deng but denied to his predecessor Hu Jintao. But Xi needs more than titles to implement tough reforms; he needs provincial allies and a viable vision for economic policy.

Xi’s control over the armed forces and security forces is stronger than that of any leader in decades, but his economic power is weak. That’s partly because officials are unclear about what he really wants. For example, state-owned enterprises are supposed to strengthen internal political controls. They are also supposed to improve market efficiency.

There’s also confusion over the wider economic restructuring plan. President Jiang Zemin presided over a painful overhaul of the state sector that put around 40 million people out of work. But Xi appears unwilling or unable to do anything similar; this time officials seem hysterically frightened of layoffs, even though an economic restructuring away from manufacturing into services should naturally entail a degree of temporary unemployment. The massive corruption crackdown has won plaudits from a public weary of graft, but it hasn’t produced the hoped-for economic yield. As in previous Chinese purges, the campaign focused on personalities, not institutions. But Xi can’t arrest his way to economic revival.

The Chinese president has yet to publicly elucidate a clear vision for economic policy, and the confusion shows. Under his regime, state-owned enterprises are consolidating and getting bigger. But they aren’t getting more efficient. Thus despite plans to cut steel capacity, output has risen year on year for the past seven months. Coal mines have also cranked up output when capacity cuts caused a spike in prices. Much of the recovery China enjoyed this year was led by ramped-up state-led investment, fueled by fresh credit expansion, not efficiency dividends.

The president might be able to command more loyalty within the party with his new title, but until the top stops sending mixed signals, economic reform can’t make much headway. Confusion at the core means glacial progress at the periphery.

FILE PHOTO - Paramilitary policemen and pedestrians are reflected on the shop window of a shop selling souvenirs bearing the pictures of China's President Xi Jinping (L) and former leaders near the Great Hall of the People in Beijing October 23, 2014. China wrapped up the fourth plenary session of the 18th Communist Party Central Committee on Thursday in Beijing. REUTERS/Kim Kyung-Hoon/File Photo - RTX2QS1A

China's Communist Party granted President Xi Jinping the title of "core" leader on Oct. 27, putting him on par with past strongmen like Mao Zedong and Deng Xiaoping. It also reaffirmed commitment to collective leadership, implying his power will not be absolute.

The lengthy communiqué was released by the party following a four-day, closed-door meeting of senior officials in Beijing. All party members should "closely unite around the Central Committee with Comrade Xi Jinping as the core", the document said.

The "core" leader title marks a significant strengthening of Xi's position ahead of a Party congress next year at which top personnel will be reshuffled. Analysts see this as an opportunity for Xi to consolidate control.

Since assuming office almost four years ago, Xi has rapidly consolidated power, including heading a group leading economic reform and appointing himself commander-in-chief of the military, though as head of the Central Military Commission he already controls the armed forces. Some speculate he will attempt to retain power in some form after his term expires in 2022.