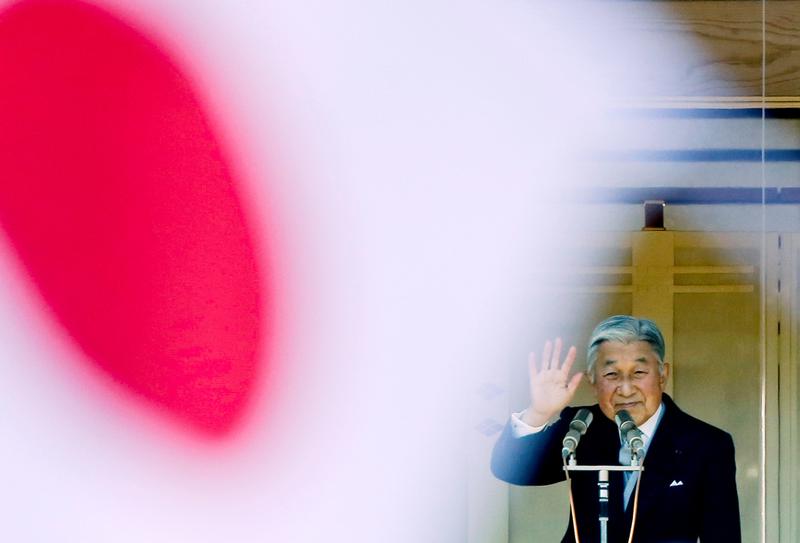 The Land of the Rising Sun has not seen a resignation of such magnitude for over a century. Since then it’s become a near-$5 trillion powerhouse, home to a safe-haven currency. With markets closed for over a week, some worry that if a panic elsewhere prompts a rush into yen, it could trigger wider ructions. Such a spike did happen at the tail end of Japan’s new year vacation in January.

But there’s an upside to the hiatus. Forcing a society with a word for death by overwork to take time off can be economically healthy. It bumps up spending on relaxation, for one. Brewer Asahi Group is increasing production of some brands by 5 to 10 percent ahead of the break. If spending fizzes, that will encourage officials who insist the economy is ready for a 2 percentage point hike to the consumption tax in October.

Prime Minister Shinzō Abe has been trying to reinvigorate growth for over a decade, using a mixture of unconventional monetary policy, stimulus and reform. But he has also run up public debt to over 200 percent of GDP, a fiscal headache for a rapidly aging society. The government wants workers to go home earlier, shop, and procreate new taxpayers – but it’s tough to change behaviour. A 2018 poll by travel site Expedia showed Japanese respondents left an average of 10 annual vacation days unused, half of their allocation and more than any other country in the sample. As for the upcoming break, a survey by the Asahi Shimbun newspaper showed 45 percent of respondents were unhappy at the prospect. Only 35 percent were happy.

Asahi executives are betting Japan’s workers will drink more beer either way. If expenditures don’t pop, however, it may prompt stronger resistance to getting monetary and fiscal policy back to normal. With that in mind, Abe can at least use the rest.

Japanese workers will enjoy an extended 10-day public holiday to celebrate a new sovereign, after the abdication of Emperor Akihito on April 30. The nationwide break begins on April 27 and lasts through May 6, Reuters reported.

Akihito, who will been on the throne 31 years, will be replaced by his son, Crown Prince Naruhito.

A survey in the Asahi Shimbun newspaper showed 45 percent of Japanese respondents "felt unhappy" about the vacation. Only 35 percent were “happy”.

Government officials said on April 19 they would stick to a planned sales tax hike, due in October barring a big economic shock, following public speculation it might be delayed once again.