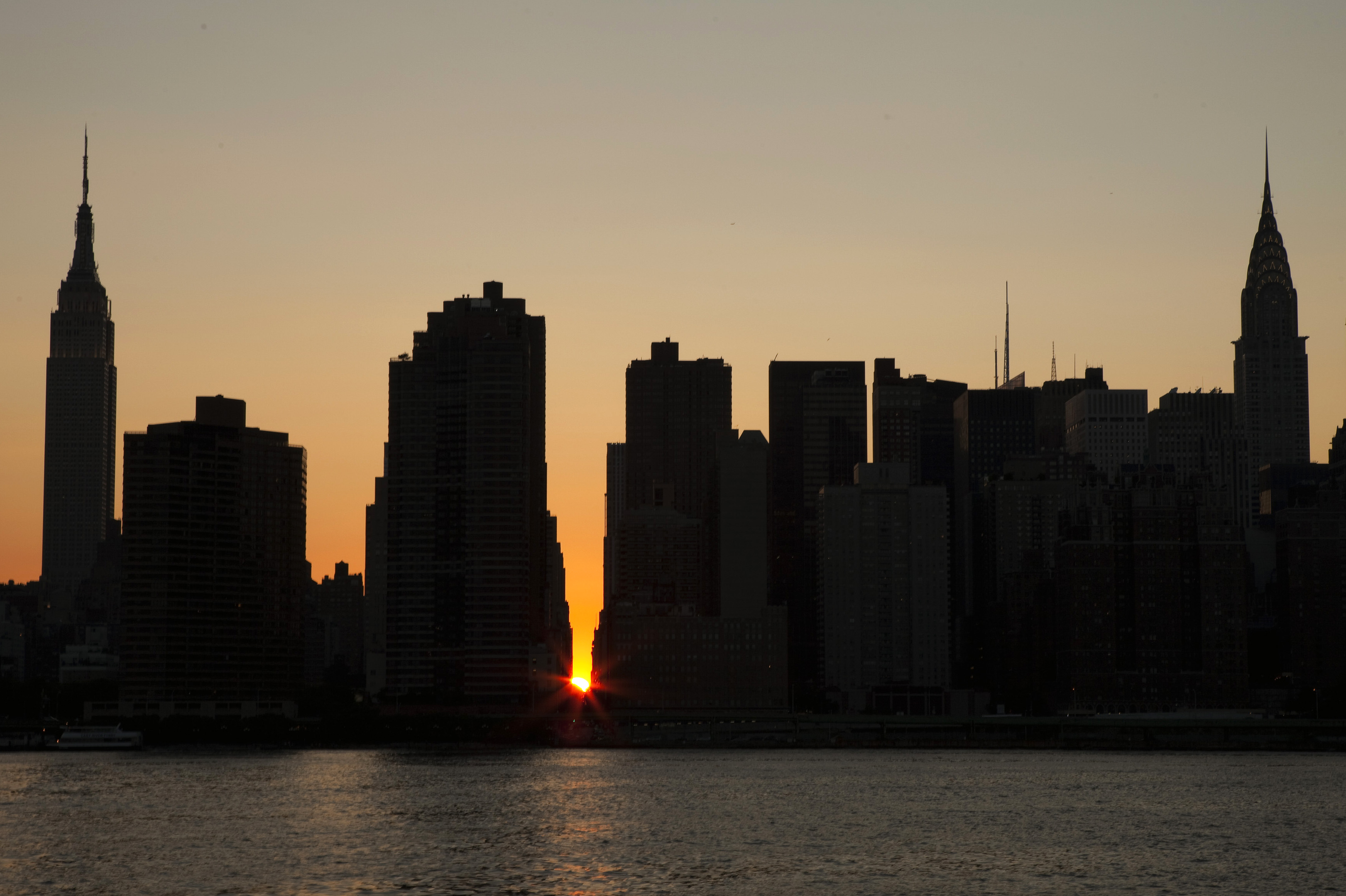 New York is mandating net-zero emissions by 2050. That means laggard companies will have to move faster towards renewable energy. More intense investor activism should follow, especially if like-minded states generating more than half America’s $20 trillion GDP join the push.

The sun shines down 36th Street between the landmark Chrysler Building and Empire State Building in New York City at sunset, during the biannual occurrence named "Manhattanhenge", July 12, 2011.

The New York State Assembly passed the Climate Leadership and Community Protection Act in the early hours of June 20. The state senate passed the same legislation a day earlier. Governor Andrew Cuomo is expected to sign it.

Once the act becomes law, the state as a whole will have to source 70% of its electricity needs from renewable supplies by 2030 and 100% by 2040. It will also be required to cut overall carbon emissions, which includes everything from transportation to heating for homes and offices, to 85% below 1990 levels by 2050 and offset the rest – a so-called net-zero solution.

The legislation also provides that disadvantaged communities receive at least 35% of “overall benefits of spending on clean energy and energy efficiency programs.”

On June 19 the federal Environmental Protection Agency issued its Affordable Clean Energy rule to replace the Clean Power Plan developed during President Barack Obama’s administration. The new rule will allow states to develop emissions-performance standards for power plants, based on federal guidelines. The previous iteration of the rule tried to persuade utilities to replace coal with cleaner fuels like solar, wind, and natural gas.