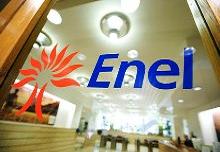 Shares of Enel, the Italian utility, fell more than 5 percent on March 13, after it said its full-year net profit dropped 79 percent. The figures were hit by a 2.6 billion euro goodwill writedown on its Spanish unit, Endesa. Enel also said it planned to sell 6 billion euros of assets by 2015 to cut debt and protect its credit rating.