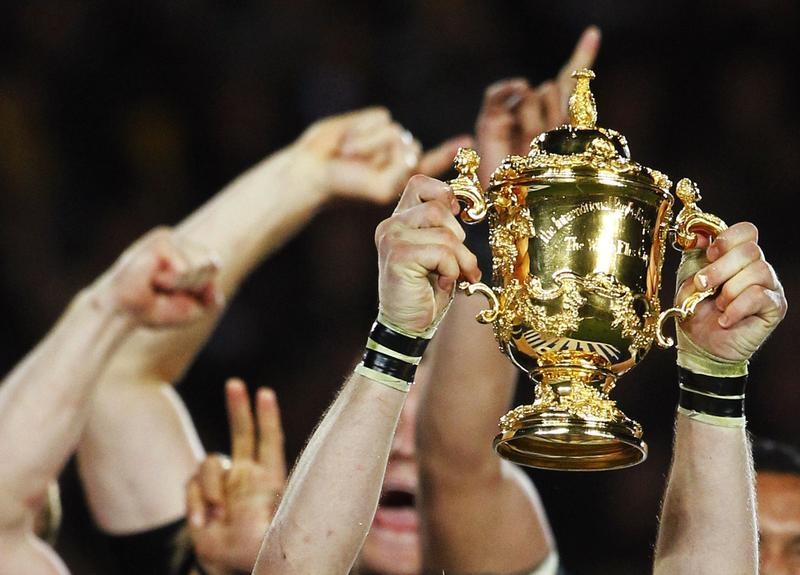 Bookmakers rate New Zealand as firm favourites to win the Rugby World Cup, which kicks off at Twickenham Stadium in London on Friday. Tackled as a data-driven number-cruncher, however, there’s a different possible outcome. An analysis by Breakingviews – which deployed a similar approach and some luck to forecast Germany as the winner of the 2014 soccer World Cup – suggests that England, the host nation, will triumph.

Fifteen-a-side Rugby Union being a less moneyed and less global game than soccer, Breakingviews has scaled down the effort to focus on the top 10 teams by betting odds among the 20 taking part. The no-hopers, ranging from Canada to Tonga, are reckoned to be no better than 1,000-to-one outsiders, according to William Hill – whereas the bookie has New Zealand not far off a 50 percent chance of winning.

The model ranks and scores the rugby-playing nations with reference to population size, the popularity of the game, national rugby finances, and teams’ historical World Cup points tally.

France has the largest population from which to select players, with 66 million people in all. Most other nations do much better, however, in terms of providing stadium seats for their supporters. Tiny Samoa has room for 4 percent of its population in the Apia Park national rugby venue. Only 0.1 percent of the French populace could fit into the Stade de France, implying – if the laws of supply and demand hold any sway – a less uniformly rugby-crazy citizenry.

The All Blacks’ prowess with the oval ball has long confounded the notion that big populations matter. Their governing body, New Zealand Rugby, isn’t one of the richest either. The Kiwis have racked up more points per World Cup encounter – an average of nearly 47 per match – and more points altogether than any other side. South Africa and Australia are next best on this measure, with an average of nearly 35 points per match.

France is probably the best rugby nation never to have won the quadrennial tournament. By Breakingviews’ figures, Les Bleus could deprive New Zealand of a place in the final to be held on Halloween. But the numbers suggest narrowly that it will be Chris Robshaw, the England skipper, who lifts the Webb Ellis Cup. If he does, rival fans may conclude that money made the difference. In terms of annual income, the English rugby organisation is the richest.

A view shows the Webb Ellis Cup, held up by New Zealand All Blacks captain Richie McCaw (not pictured) after they beat France to win the Rugby World Cup final match at Eden Park in Auckland October 23, 2011. REUTERS/Mike Hutchings

England play Fiji in the first game of the Rugby World Cup on Sept. 18. The fixture, at Twickenham Stadium in London, is the first of 48 contests culminating in a final, also to be played at Twickenham, on Oct. 31.

Breakingviews took the top 10 national teams by betting odds, then scored them on four parameters, 10 points for highest and one for lowest: country population; national stadium seats per 1 million of population (a measure of rugby’s popularity); rugby organisation revenue; and average points scored in prior World Cup matches.