Of gangsters and tourists 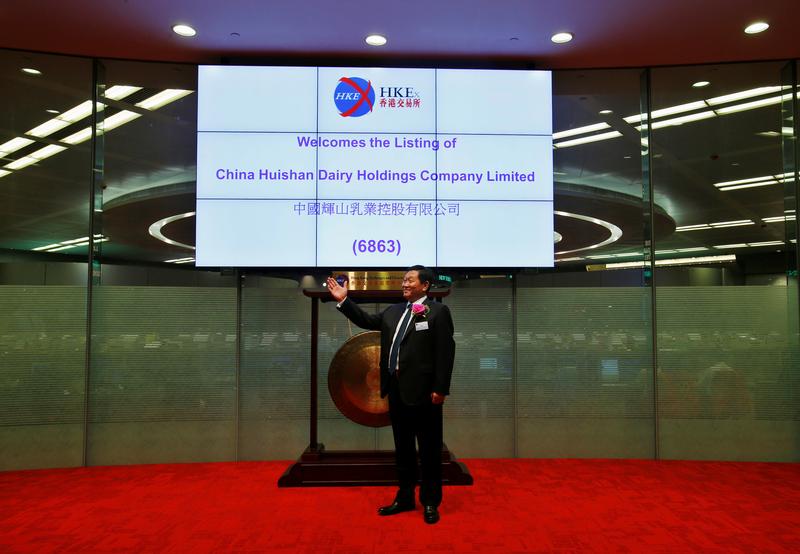 Hong Kong is plagued by puzzling share gyrations. On Friday a $5 bln stock crashed 90 pct in minutes. HKEX boss Charles Li reportedly says his market is no casino, even if a few “gangsters” lurk in dark corners. Such complacency will do nothing to reassure investors.

FILE PHOTO - Yang Kai, Chairman and CEO of China Huishan Dairy, takes part in a ceremony during the debut of the company at the Hong Kong Exchanges September 27, 2013. REUTERS/Bobby Yip/File Photo - RTX32HM6

Shares in Hong Kong-listed China Huishan Dairy plunged about 90 percent on March 24, wiping off around $4 billion of market value. The stock recovered slightly to trade 85 percent lower, before being suspended for the second time in three months.

In December, short-seller Muddy Waters questioned the firm’s profit and said it had inflated spending on its cattle farms to artificially raise capital expenditure figures.

Speaking the same day, Hong Kong Exchanges and Clearing Chief Executive Charles Li said the local stock market was like a well-run city with some "dark alleys and little corners", the Financial Times reported. Occasionally “tourists” ventured into such dark corners and ended up being “beaten up by some local gangsters and others”, Li was quoted as saying by the FT.