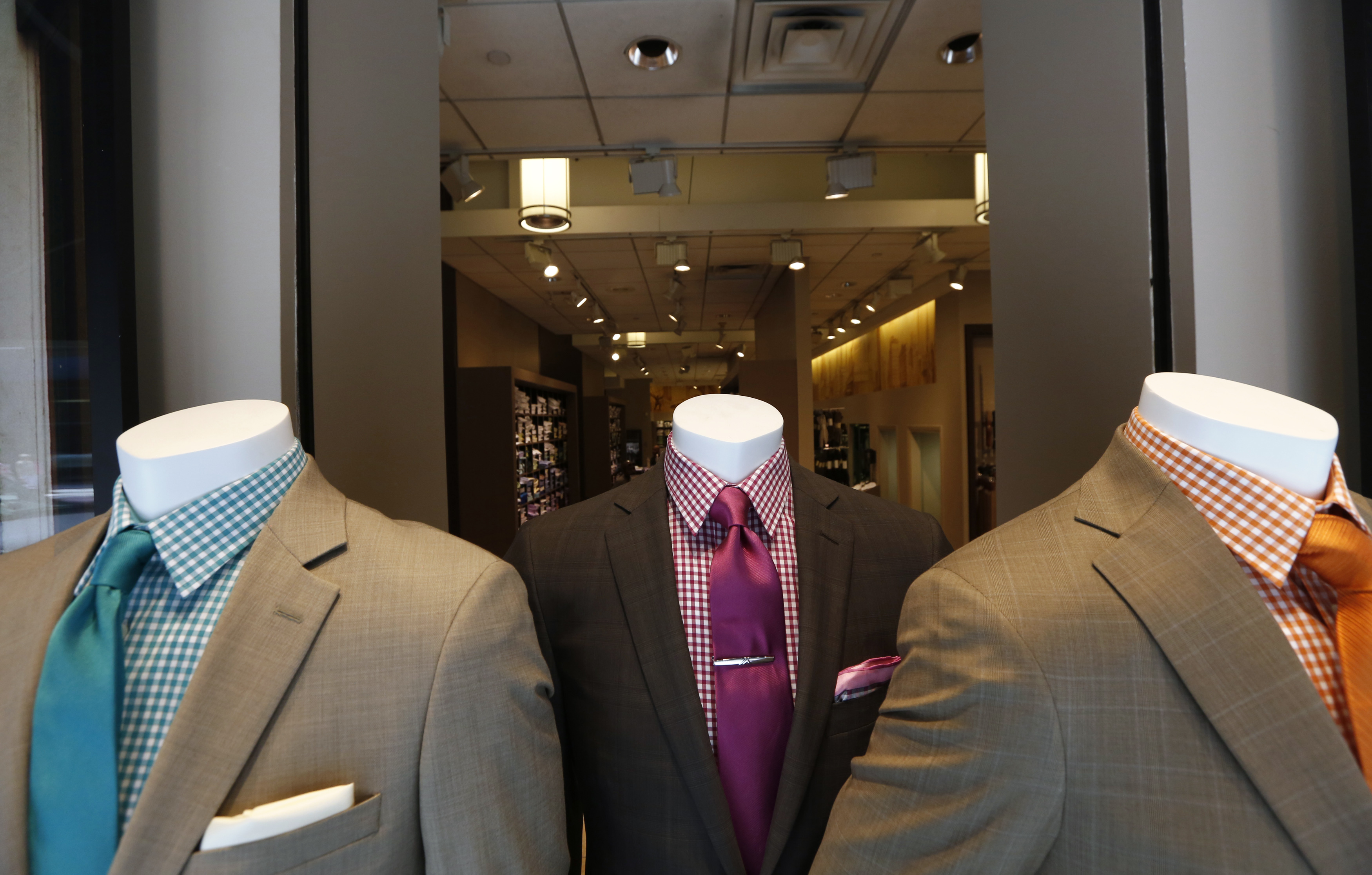 Jos. A. Bank may buy Eddie Bauer to poison itself from the hostile advances of Men’s Wearhouse. The suitor pulled a similar stunt back when it was on defense. Both sides are showcasing a pathetic Corporate America proclivity for elevating the interests of bosses over owners.

Suits are displayed in the window of a Men's Wearhouse store in New York June 25, 2013. REUTERS/Brendan McDermid

Jos. A. Bank, which is the target of a hostile takeover bid by rival retailer Men’s Wearhouse, is in talks to buy outerwear maker Eddie Bauer from its private equity owner Golden Gate Capital, according to Reuters, following an earlier report on the matter by the Wall Street Journal on Feb. 1.

Directors of Jos. A. Bank also sent a letter to Men’s Wearhouse on Feb. 2 saying its offer undervalued the company.