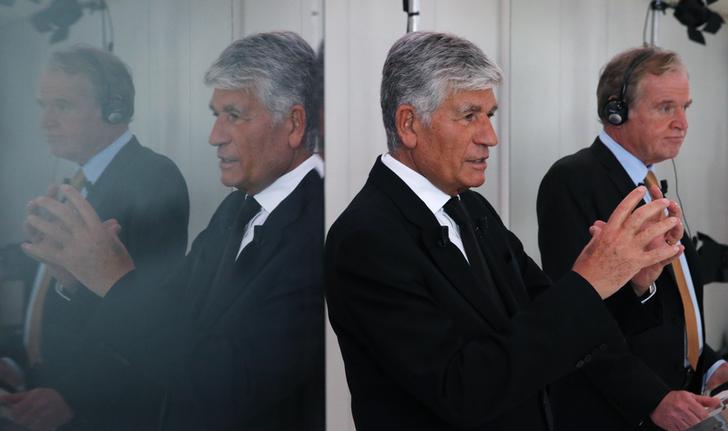 The merger of equals between Publicis and Omnicom is easier to proclaim than to sustain. The combination of the two advertising groups is neat, but it carries risks. Mergers of equals have a bad name. That used to be because U.S. deals were wedged into the structure just to benefit from more generous tax rules. Nowadays, it is more often because they are a nil-premium takeover in disguise, with one company winning the battle for board seats, head-office location and name.

But this deal is artfully conceived and balanced. A new company will be created, equally owned by each side’s shareholders. That mirrors the near-identical market capitalisations at Friday’s market close – around $16.7 billion. Publicis investors will own a smidgen more, but roughly $800 million of special dividends being paid on completion will equalise the value.

There’s no obvious winner here, just a combination of different profiles. Omnicom generated 67 percent more revenue than its partner last year, but Publicis has better margins, so net income is closer: $998 million at Omnicom, versus $947 million at the French group. The two companies’ price-earnings multiples have tracked each other in the last five years, Datastream shows.

It’s symmetry in the boardroom too. Publicis Chief Executive Maurice Lévy and Omnicom’s John Wren will run the enlarged company together for a transitional period when representatives from both sides will have turns chairing the board. Then Wren becomes sole CEO and Lévy chairman. The rest of the board is split equally between both companies.

There are separate listings but no unwieldy dual-listed company structure, as in the failed EADS-BAE merger. The decentralised nature of the business will also protect it, to an extent, from a common risk in mergers: the clash of two strong operational cultures.

Ok, so the name – Publicis Omnicom – is a small victory for Publicis. “Omnicom Publicis” has a certain ring to it, is alphabetical and reflects Omnicom’s historic larger size.

Mergers of equals have a better chance of working if they start, as this one, on an equal footing. They can produce successful companies: look at AstraZeneca and GlaxoSmithKline. But investors should not be complacent. The planned accession of Lévy to “non-executive” chairman is a red flag – having led Publicis for so long, he is not going to be hands-off. The balanced board is too large, with 16 members. Its effectiveness in setting strategy and taking big decisions about the future direction of the group is questionable – up to now, Publicis has been far more acquisitive, for example. Omnicom has taken a more “federal” approach, while Publicis has managed units more closely.

Being equal does not mean being the same – to borrow from Elisabeth Badinter, the French intellectual who leads the Publicis board.

A proposed mega-merger between global ad agencies Publicis and Omnicom could bring rival accounts such as Coca-Cola and PepsiCo under one firm, underscoring the scale of the $35.1 billion deal and the potential conflicts it raises.

A proposed mega-merger between global ad agencies Publicis and Omnicom could bring rival accounts such as Coca-Cola and PepsiCo under one firm, underscoring the scale of the $35.1 billion deal and the potential conflicts it raises.