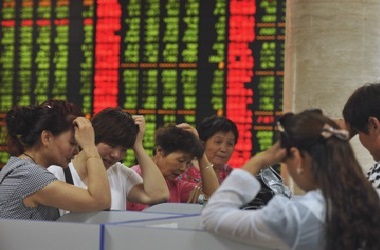 European shares fell to a seven-month low on Aug. 21, tracking a drop in Asian equity markets after a survey showed Chinese factory activity contracted at its fastest pace since 2009.

The Caixin/Markit manufacturing index showed activity in China’s factory sector shrank at its fastest pace in almost six and a half years in August as domestic and export demand dwindled.

The pan-European FTSEurofirst 300 was down 1.6 percent at 1,453.62 by 0703 GMT, with every sector in negative territory. The index hit its lowest level since January and was set for its biggest weekly fall of the year.