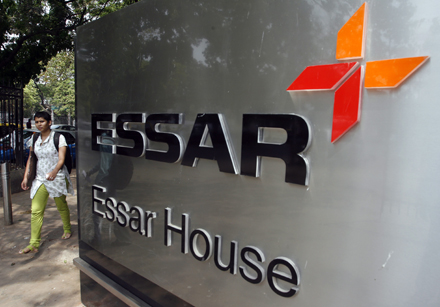 The imperfections of India’s stock market are on full display at Essar Oil. It’s more than a year since minority investors gave the billionaire Ruia brothers approval to take the exploration and production company private. Before that could happen, however, Essar Oil struck a preliminary deal to sell almost half the $4.5 billion company to Russia’s Rosneft. Now India’s capital market regulator has made an already messy situation even less clear.

The Ruias are tidying up their indebted Essar empire. In recent months, the group has delisted Essar Energy from the London Stock Exchange and also taken its locally listed ports business private. To get full control of Essar Oil, the Ruias and related investors need to boost their ownership of the company’s Indian-traded shares from 72 percent to 90 percent. The brothers insist the buyout would give them more flexibility. Critics counter that independent shareholders are being squeezed out just as the company’s prospects begin to improve. The proposed deal with Rosneft has added to their suspicions.

It’s not hard to see the appeal for the Ruia brothers. The state-owned Russian company could provide a long-term low-cost supply of crude oil for Essar Oil’s big Vadinar refinery. Meanwhile, the brothers could use Rosneft’s cash to pay down debts to banks including Standard Chartered, which is taking a tougher stand on its Indian loan book.

The Securities and Exchange Board of India has now belatedly stepped in. The regulator ruled the Essar Oil delisting can proceed without fresh shareholder approval. However, if the company subsequently sells a stake to Rosneft at a higher valuation than the price at which it is taken private, it must compensate minority shareholders.

The supposed solution makes the situation more complex. SEBI has not defined the period for which investor compensation claims would be valid. Without any clarity on the value of the Rosneft deal, investors can only guess what price they should demand for their shares. Essar Oil shares have almost doubled this year in anticipation of a deal.

It’s true that minority shareholders don’t have to sell. But a cleaner outcome would have been to call another shareholder vote. In this outcome, none of the players in this weird Indian stock market drama look good.

A woman walks past Essar headquarters building in Mumbai.

India’s capital market regulator said on Nov. 6 that independent shareholders in Essar Oil should receive compensation in the event that Russia’s Rosneft buys a 49 percent stake at a higher valuation than the price investors receive from a delisting of the company.

The Securities and Exchange Board of India (SEBI) ruled that Essar Energy would not have to seek fresh shareholder approval to make an offer for the 28 percent of Essar Oil’s Indian-traded shares that the company doesn’t already own.

In June 2014, Essar Energy, which is backed by the billionaire Ruia brothers, proposed to take Essar Oil private. Shareholders approved the plan two months later. However in July this year, before the delisting was completed, Russian oil company Rosneft signed a non-binding proposal to acquire 49 percent of Essar Oil at an undisclosed price.

The Ruia brothers and related entities owned 72 percent of the Indian traded shares of Essar Oil, as of Sept. 30. To delist, Essar Energy must acquire 90 percent.

Shares of Essar Oil have risen 93 percent in the year to date, lifting the company’s market value to $4.5 billion.