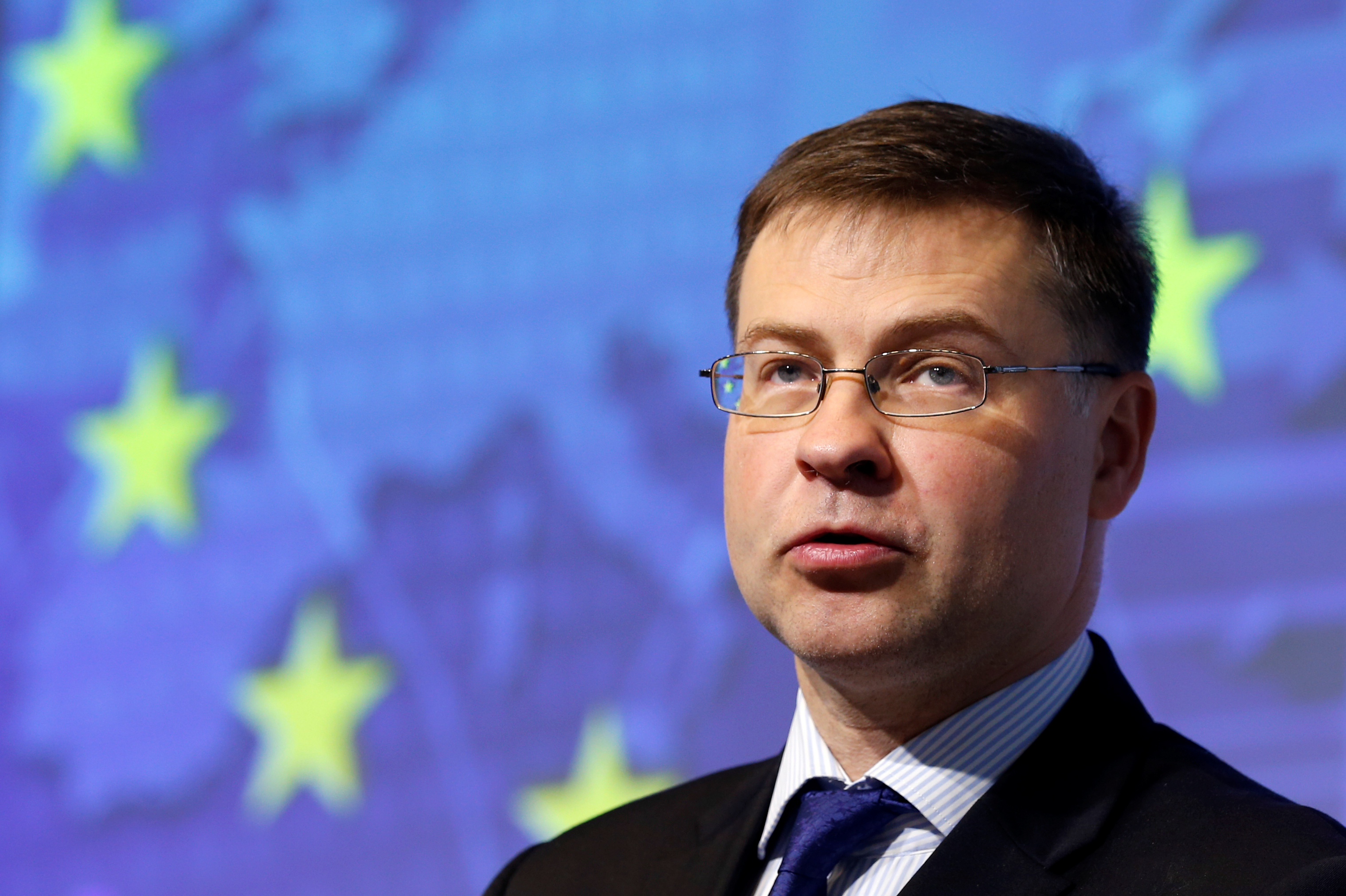 The euro zone is pushing a joint deposit insurance scheme to complete its banking union. But the revised backstop might only kick in if national banking systems pass an invasive health check. It’s a reminder of how far European countries are from underwriting each others’ debts.

European Commission Vice-President Valdis Dombrovskis speaks about the future of the Banking Union in Brussels, Belgium, May 19, 2017. REUTERS/Francois Lenoir - RC1E95A85EB0

The European Commission proposed a list of measures on Oct. 11 to encourage member states to sign up a euro zone bank deposit insurance scheme which would cover savings up to 100,000 euros by the end of 2018.

In November 2015 the Commission proposed to set up a European Deposit Insurance Scheme (EDIS) for the euro area. EDIS is the third pillar of the banking union.

However, the EDIS has faced strong opposition from some members concerned that they would be backstopping weaker economies.