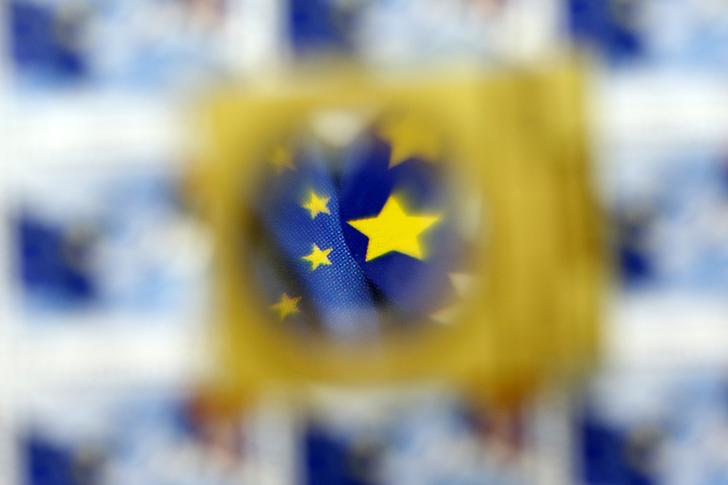 Splitting European lenders’ market-making from their other activities could cost 21 bln euros, research suggests. Yet global resolution reforms are reducing the need for structural separation. And the proposals, as drafted, could hinder the nascent capital markets union.

A part of the EU flag is pictured through a magnifying glass on a special edition of postage stamps, January 21, 2014.

Europe could face a hit of 21 billion euros ($26 billion) – equivalent to 0.15 percent of GDP – if a draft law requiring some banks to hive off market-making from other activities went ahead, consultants PwC said on Nov. 27.

The warning, in a paper written on behalf of banking lobby group Association for Financial Markets in Europe, refers to a proposal published in January that would ban proprietary trading and ring-fence banks’ market-making if their assets breached certain thresholds.

The European Central Bank passed judgment on the ring-fencing rules on Nov. 19, saying that it supported a ban on prop trading, but that national regulators should have full discretion of the application of a split of market-making activities.

The ECB said that it was “important to sufficiently preserve the market-making activities of banks in order to maintain or increase asset and market liquidity, moderate price volatility and increase security markets’ resilience to shocks.”

French and British banking associations sent a joint letter to the EC on Nov. 13 warning that a draft law to force firms to hive off market-making operations would have damaging economic consequences.

Jonathan Hill, Barnier’s successor, has said that he hopes a compromise between all sides can be found.

Unless the law is redrawn, the draft law would be voted on by the EU’s 28 member states and the European Parliament next year.