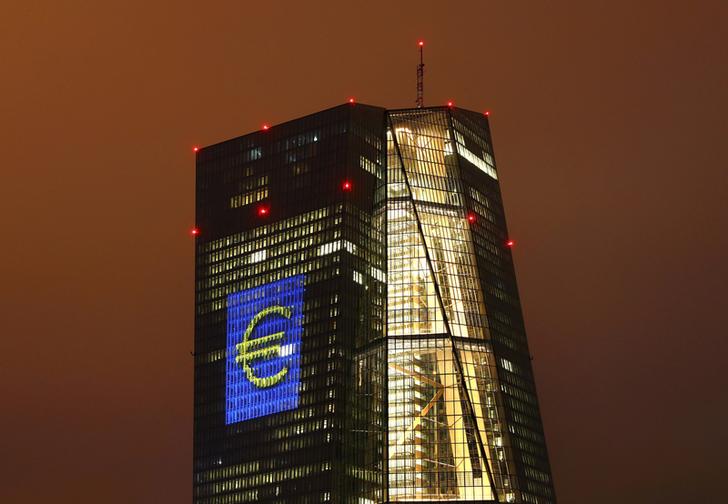 Nine lenders failed to sustain capital ratios above 7.5 pct in the Europe-wide exercise. The likes of Commerzbank, UniCredit, and Barclays won’t necessarily need more capital as there was no official pass or fail. But their investors shouldn’t bank on higher dividends soon.

The headquarters of the European Central Bank (ECB) is illuminated with a giant euro sign at the start of the "Luminale, light and building" event in Frankfurt, Germany, March 12, 2016. REUTERS/Kai Pfaffenbach/File Photo

Nine banks had common equity Tier 1 (CET1) capital as a proportion of their risk-weighted assets below 7.5 percent under the European Banking Authority's toughest scenario in its latest region-wide stress tests, published on July 29.

There were also 15 banks that suffered falls in their CET1 ratios on a fully applied Basel III basis of more than 4 percentage points.

The stress tests - which assessed 51 banks across the continent on their ability to withstand shocks including recession, deflation and a rise in unemployment – are not a pass or fail exercise.

However, the results will feed into national regulators' decisions on how much additional capital they require lenders to hold, or whether to prevent weaker institutions from paying dividends.

The other lenders that fell short of a CET1 ratio above 7.5 percent in the EBA's 2018 adverse scenario were Spain's Banco Popular, Societe Generale and UniCredit.