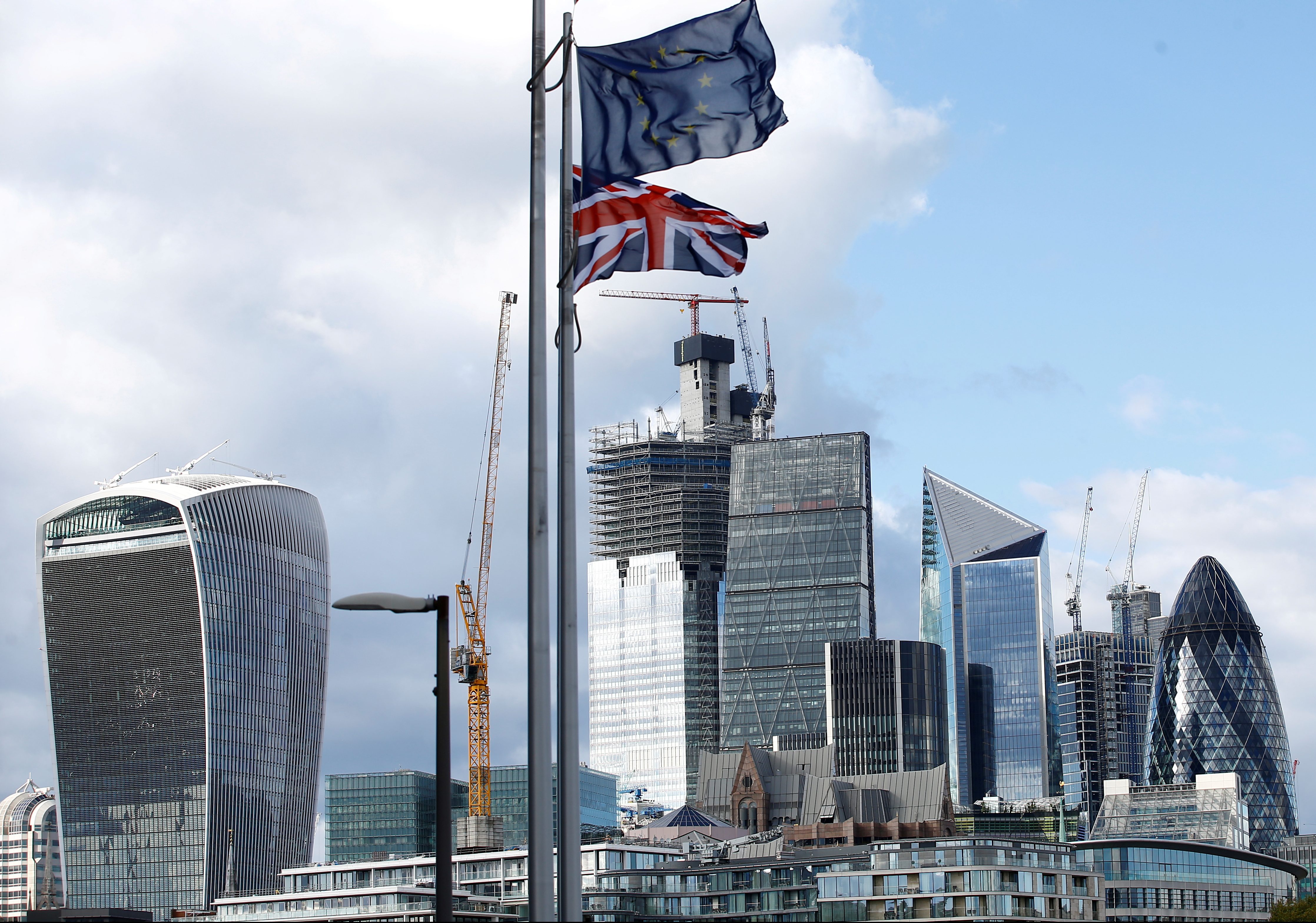 The bloc will allow banks to use UK clearing houses for a year, the minimum to spare $60 trln of swaps being cancelled if Britain can’t agree an exit deal. The temporary waiver also gives Europe a negotiating tool, and forces banks to shift business and staff across the Channel.

Flags flutter in the wind with the City of London in the distance, Britain, September 23, 2018.

Most banking, insurance and other financial services firms in Britain would be cut off from the European Union if the country is unable to reach a deal with the bloc, the European Commission said on Dec. 19.

The commission’s contingency plans for a so-called no-deal Brexit said that UK operators would as of March 29 lose the right to provide financial services to companies in the EU under what's known as a passport.

The EC also said that European companies could continue to clear derivatives at UK clearing houses for a year, and to use UK securities depositaries for two years. It also took steps to make it easier for banks and counterparties to shift over-the-counter swaps to European counterparties in the year after the UK leaves the bloc.