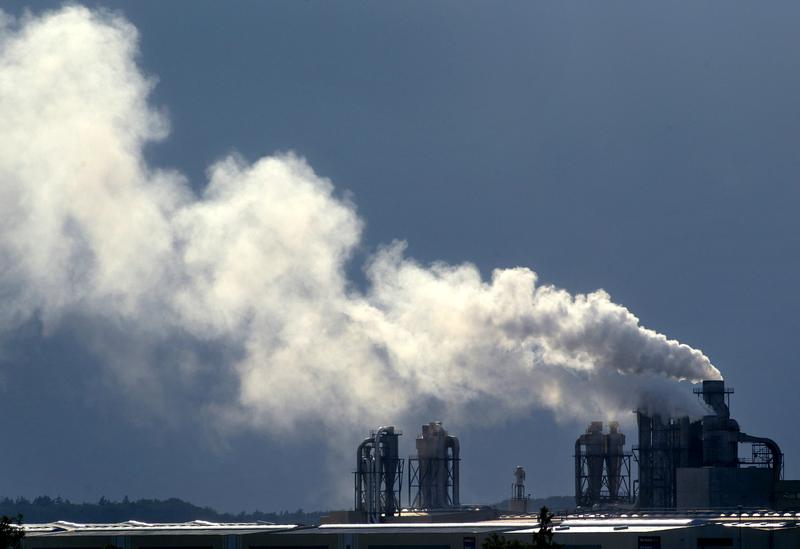 Brussels wants to levy the same tax on CO2 emissions in imports as on products made in the single market. Trading partners will carp about protectionism. But the EU has economic heft, precedents for a tight-door policy, and growing impetus for action. There’s scope to be bold.

A cloud of waste gas billows out of chimney stacks at a wood processing factory belonging to Switzerland's Krono group in the eastern German village of Heiligengrabe near Berlin June 2, 2004.

The European Commission should prioritise the award of subsidies to businesses that produce internationally traded goods with lower emissions over a so-called carbon border tax, according to a report published on Nov. 5 by researchers at think-tank Bruegel.

ArcelorMittal, the world’s biggest steel maker, told Reuters in a piece published on Oct. 29 that a proposed European Union carbon border tax was a vital first step to enable the industry to introduce low carbon technology and help realise the Paris Agreement of curbing climate-warming emissions.

In a joint statement released on Sept. 19 by the economy and finance ministers of the two biggest euro zone economies, Germany and France said the fight against climate change was a priority for both governments and the creation of a carbon border tax should be an option.