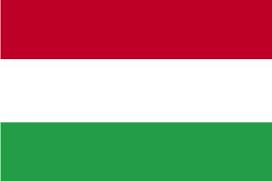 A year ago the European Union sat in unease as Hungary took over its rotating six-month presidency term. Viktor Orban, the country’s prime minister, was already starting to make good on the populist promises that had given his party a two-third parliamentary majority. He was taxing foreign companies, threatening banks and silencing the media with a law making “lack of objectivity” an offence. He was also preparing to put serious limits on the central bank’s independence. EU officials and member governments expressed “concerns”, and Orban toned down the rhetoric.

Hungary now inspires something worse than unease among its European partners. Even though Orban says he has made some concessions, he is in fact ploughing ahead with his most outrageous plans. A new law brings the central bank back under the government’s influence, and there are no signs that the regime is becoming less authoritarian. The bizarre twist is that at the same time Orban is asking for financial aid from Europe and the International Monetary Fund.

The rescuers are responding as they should, by demanding that Hungary reverse both the central bank law and last year’s regressive and fiscally disastrous 16 percent flat tax on personal income. But the Europeans are faced with a tough question: what to do with a country doing things that would have prevented it from joining the Union in the first place?

Hungary can hardly afford to ignore its partners’ demands. Yields on the country’s ten-year bonds hover at around 10.5 percent, and the forint managed to lose more than 12 percent against the crippled euro last year. The country’s debt is now 82 percent of GDP, according to central bank estimates, which Orban’s team is bitterly contesting.

The government is suspected of wanting to use the central bank’s reserves to pay off part of its debt, just as it looted the private pension fund a year ago. That’s plausible. Orban has been likened to a wrong-way driver who keeps ignoring the signals of ongoing vehicles. It’s an apt metaphor, inasmuch as there are only two possible outcomes: a major accident, or a radical U-turn.