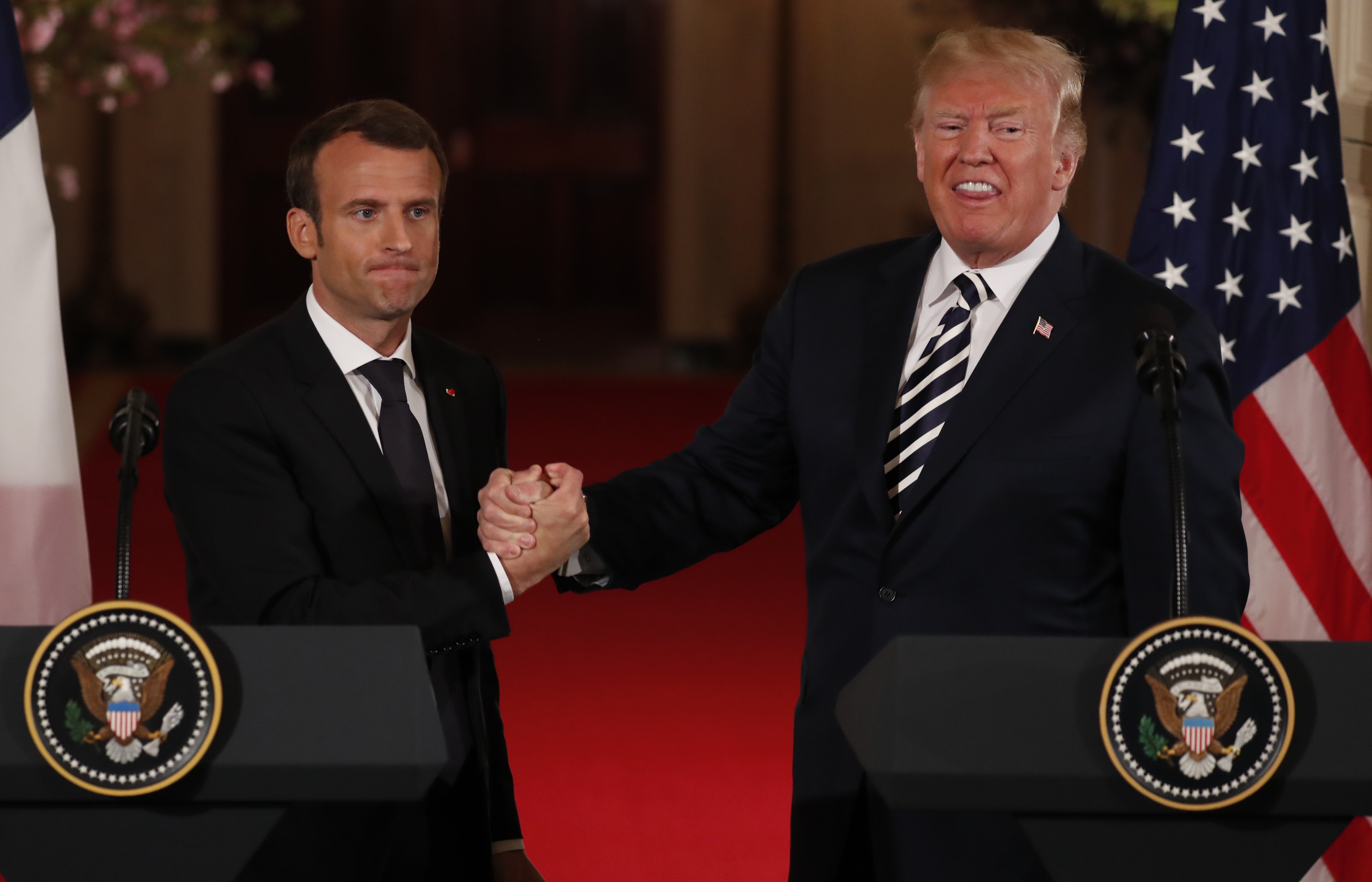 Responding to American tariffs with duties that hit Republican-controlled districts is shrewd. The next step is harder. Germany’s best option is to ease tensions by cutting car tariffs, but France opposes concessions. Eastern Europe may care more about U.S. security guarantees.

French President Emmanuel Macron shakes hands with U.S. President Donald Trump at the conclusion of their joint news conference in the East Room of the White House in Washington, U.S., April 24, 2018.

The United States on May 31 said it would impose steel and aluminum tariffs on imports from the European Union, Canada and Mexico. An exemption shielding these countries from such levies expired at midnight on May 31, and negotiations for further relief had broken down.

In March, President Donald Trump announced a 25 percent tariff on imported steel and a 10 percent levy on aluminum goods, using national security concerns as a basis for the move.

The EU said on May 31 it would retaliate with its own 25 percent tariff on about 2.8 billion euros of imports of steel, agricultural products and other goods such as Harley-Davidson motorcycles and bourbon whiskey.

French President Emmanuel Macron said the U.S. tariffs were illegal and a mistake which could close the door on discussions about other issues.